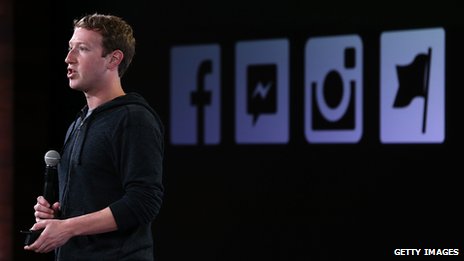 An initiative to bring internet access to the “next five billion” people has been launched by Facebook founder Mark Zuckerberg.

The social network has teamed up with Ericsson, MediaTek, Nokia, Opera, Qualcomm and Samsung, among others, to lower the cost of mobile data.

The group said it wanted to help those in developing countries to become part of the internet community.

But one expert said those nations had “other priorities” to deal with first.

Mr Zuckerberg said the goal was to make “internet access available to those who cannot currently afford it”.

The group’s statement said only 2.7 billion people – just over one-third of the world’s population – had access to the internet. Adoption was growing by less than 9% a year, which was not fast enough.

Central to the group’s plans is to be more “data efficient” by researching ways to use less data to load websites or load apps.

Dr Michael Jennings, chair of African studies at Soas, University of London, said he welcomed the firms’ efforts, but that priority must be given to other pressing needs such as providing power to keep devices up and running.

“It’s something of a misnomer that the five billion aren’t connected,” he told the BBC.

“Most people have made a call or used a mobile phone, and the success of things like mobile money service M-Pesa has shown just how many people are using these things.”

“In terms of being able to reach people, they’ve never actually said how,” he told the BBC.

“Last mile connectivity has been a problem that has been battled in Africa for a long long time.”

Earlier this month, analyst Gartner said smartphones outsold “feature” phones for the first time, but many people in the developing world still rely on slow connections and very basic handsets.

Other companies are stepping up their interest in this area, all eager to position themselves as a major player in a market that analysts predict could be highly lucrative as technology adoption increases.

“Africa is almost like the final frontier these days,” said Mr Jackson, “the final place now where there’s penetration to be increased and there’s money to be made.”

Google recently launched Project Loon – balloons that will beam the internet from near-space. Fifty people are currently testing the technology, which gives speeds equivalent to 3G, in New Zealand.

If successful, it would be likely to provide a cheaper alternative to satellite connections, currently one of the main ways people in the developing world connect to the web.