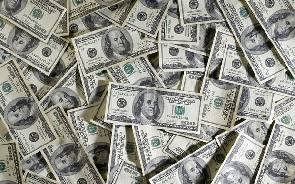 Chicago Ghanaians and African Americans have recently welcomed a $9 million investment by the Groupe Nduom of Ghana into a Bronzeville black bank to save it from collapsing.

The company which operates in West Africa and the United Kingdom, invested the money into the Illinois Service Federal Savings and Loan Association following a series of meetings with bank leaders and federal government officials. The bank, now known as ISF Bank, had been seeking new capital to revitalize its operations.

“This is a major step for Africans, especially Ghanaians to start businesses here in the black community, and find our niche,” Dr. Papa Kwesi Ndoum, the company’s president/chairman, told a town hall meeting of Ghanaians and African Americans in Chicago recently.

Ndoum, who stayed in the U.S. for several years, said the successful efforts of other immigrants should inspire Africans to work with African Americans for their mutual benefit.

He observed that there are problems in black communities, and they need to find solutions to them. Ndoum also declared that with the new bank and other businesses, “we will begin to have influence and support our own.” The new bank will serve African Americans, Ghanaians, and the broader community, he said.

Pledging support for the new bank, Ebenezer Nsiah, president of the Ghana National Council, announced that the council will withdraw $10,000 from its current bank and deposit it with the ISF Bank.

Urging all Ghanaians to open accounts with the new bank, Nsiah said, “Our mission is to support businesses in the community, and this bank is a Ghanaian business.

“If it is successful, it will have an impact on us. This is our opportunity to give support to Ghanaian businesses to be successful in Chicago.”

Dr. Sampson, who is president of the Economic Blueprint for Liberation and the Metro Area Black Trade Council, recalled past efforts in Chicago for this purpose, and he called for renewed efforts to build more businesses and organizations linking black people.