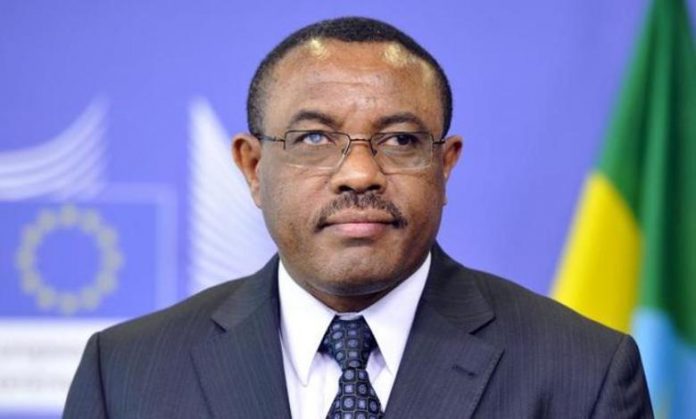 Ethiopia’s young and elegant Prime Minister, Abiy Ahmed – fittingly named the “Obama” of East Africa, has gained global acclaim as the wonder kid of modern-day governance in Africa. Prime Minister Abiy has received global acclaim for his role in restoring peace in the Horn of Africa and championing Ethiopia’s much needed political reform. Amidst the burgeoning peace and the attendant rapid economic growth and development in Ethiopia and East Africa at large, we pause to consider the role of Ethiopia’s immediate past Prime Minister, who laid the foundation for the peace and the reform process that is currently being enjoyed in the region. Though silently supporting the process, His Excellency Hailemariam Desalegn did lay the foundation for the peace and reform process, when he announced that he would be stepping down, in February 2018. In his speech, the former prime minister said that he would be stepping down to pave the way for the peace and reforms process, and more than twelve months down the line, Ethiopia and East Africa is enjoying the fruits of his sacrifice. In a manner not common with leaders in the continent, His Excellency Desalegn resigned his position-placing the country’s interest above his personal interest. This class act deserves commendation.

In an exclusive interview with African Leadership Magazine – 2019, His Excellency, Desalegn provides a template for the continent’s leaders eager to pursue sustainable development. He also talks about youth and leadership in Africa, amongst other issues. Excerpts:

About a year ago, you resigned your position as the Prime Minister of Ethiopia, to pay the way for reforms that would see to sustainable peace and democracy in your country. How would you say the process has fared thus far?

The democratization process in my country is on track. I did not even perceive that there will not be any challenges. Democracy is a process that goes through challenges but should win those challenges. For Ethiopia now, I think we are in course because the people are very happy, they are satisfied, but they also recognize that there is a huge challenge that has to be tackled through the processes. We have chosen for ourselves to have a multi-party democracy and a free-market economy, but through the course, we have seen that we have been narrowing down the political space and we are not able to move forward as per our constitution and as per the component we have with our people in Ethiopia. The shift is very clear that there is a process towards the general election in 2020, where all parties’ inclusive process is underway. Democracy does not only entail having an election, but it is the full participation of the people in terms of engaging in developing processes as well as free speeches, innovation and creativity. My expectations are very clear. I want to see a prosperous, democratic Ethiopia which is at peace with itself and also with our neighbours as well as the entire African continent and of course, with the global community.

If you want to move very fast in Africa, you need to understand your comparative advantage and of course, some competitive advantages as well. In Ethiopia, 80% of our people reside in rural areas. If you do not transform the rural areas and focus only on the elite groups, then obviously, you are a failure. Many African countries are a failure because they neglect the rural economy, especially the agricultural sector. So we were very cognizant of this fact, and we tried our best to bring about technological changes in our agricultural sector. You should educate the sons and daughters of the rural community. They are the ones who are going to take over after us. If you take the demographic structure of Africa, 70% is below the age of 50. Africa is a young continent. These are sons and daughters of the farmers because the urbanization rate is so low; therefore, they come from the rural setting. These are the farmers’ sons and daughters who can understand better the agricultural sector. Some of them are school dropouts, but they are educated, farmers. They help the community, and if they become role models, the rest of the farmers can follow. So we focused on modern farming where we can scale up very quickly. There is an informal trading sector in rural areas; we have to modernize those things as well. Agriculture and the whole rural economy comprises of 30-40%, depending on the country. Therefore, we focused on modernizing or agriculture not only for subsistence but also for commercial farming. If you produce a surplus, then you have to seek for a domestic and international market. This is what many African countries are lacking. Most countries depend on oil, gas and minerals, they automatically neglect other sectors, and whenever there’s a fluctuation, they go deep-diving. Oil and gas should support the already active sectors like manufacturing. We do not put our people to focus on the gas but instead focus on increasing agricultural productivity and increasing the quality of production. Labour-intensive manufacturing is one of the comparative advantages we have. In China, Vietnam and other Asian countries, labour has become very expensive. So we are the ones who can fill this gap and climb the economic ladder. The main problem we have in urban areas is housing and transport. So we created a housing program. This housing program is in place to create huge job opportunities for micro-enterprises such as carpenters, plumbers, painters, etc.

As the leader of the AU Observer Mission in Nigeria, what is your overall assessment of the Presidential elections?

As one of the continent’s political leader, what is your general assessment of the democracy in the continent?

Recently, I have had a negative assessment because I was counting the number of leaders who want to amend the constitution to stay beyond their term, 90% of our leaders are doing this. I believe this trend is a negative one. In Nigeria, when I see the enthusiasm and energy of young people, I have hope that democracy will reign in Africa.

You are a proponent of free trade and Africa’s interconnectedness; what are your thoughts about the African Continental Free Trade Area Agreement which was launched in 2018 by the African Union?

I think it is long overdue. If we don’t integrate, we will not have opportunities. We have to trade with each other. Most African countries are trading with outsiders rather than within. I want to commend ECOWAS for being one of the robust economic communities. All economic communities should integrate. African-wide integration is also essential. Anyone who detracts this process obviously prolongs our poverty and backwardness. Our impediment is lack of infrastructure. We should have proper mega-infrastructure projects in place that connects us like roads and railways. By doing this, about 20 million jobs within the next seven years, and these jobs will be created by small and medium enterprises. In order to trade, you have to produce. Therefore, this calls for productivity.

Africa is home to the world’s youngest population with over 50% between the ages of 18 and 25, how can the continent’s young people better equip themselves for political leadership?

Leadership starts from wherever you find yourself. Without leading your own team, how can you aspire for greater roles? I became a political leader because when I was 28 years old, I was the dean of a college. I was able to get a master’s degree in engineering at the age of 27. There was a vacancy for that role, and I applied. Initially, it was very difficult, but I got used to it and it shaped me. You have to be diligent in the area you are assigned, and you will be recommended for bigger roles.

Quote: Democracy does not only entail having an election, but it is the full participation of the people in terms of engaging in developing processes as well as free speeches, innovation and creativity.