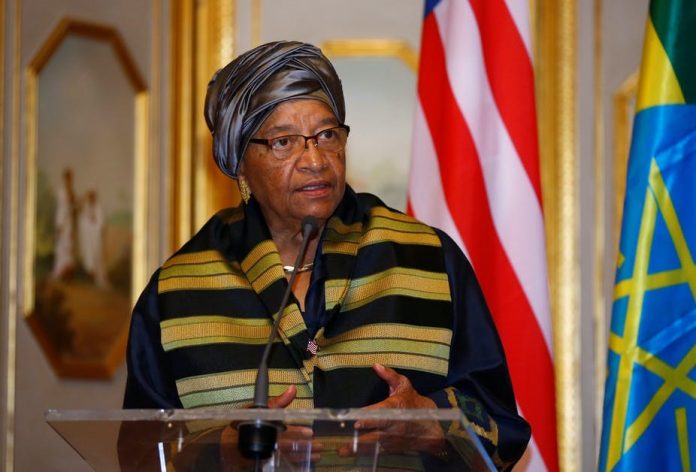 This week Her Excellency Ellen Johnson Sirleaf is profiled as African of the week.

Her Excellency Ellen Johnson Sirleaf served as the 24th President of Liberia from 2006 to 2018. She was the first elected female head of state in Liberia and across Africa. Her excellence in leadership has earned her several awards, and endorsements, including the Nobel Peace prize for 2011, and the 2017 Ibrahim Prize for Achievement in African Leadership.

Her Excellency Johnson Sirleaf has been a worthy African statesman and has continued to contribute her service to the peace and development of Africa, even after her tenure as president of Liberia.

In May 2012, she was appointed co-chair of the United Nations Secretary General’s High-Level Panel of Eminent Persons on the Post – 2015 Development Agenda. The panel tasked with crafting a roadmap for global recovery and sustainable development. In June 2016, she was elected the first female Chairperson of the Economic Community of West African States (ECOWAS) for a twelve-month term. And in May 2019, the Director-General of the World Health Organization (WHO) announced her appointment as WHO Goodwill Ambassador for Health Workforce, which will position new momentum on investing in the education and employment of health workers, particularly women, to achieve universal health coverage and the SDGs. She stepped down from her post as Goodwill Ambassador on July 16, 2020, and will continue to advocate for the education and employment of health workers, particularly women.

Her Excellency Johnson Sirleaf currently serves as Co-chair of the Independent Panel for Pandemic Preparedness and Response, taking forward the work in line with WHA Resolution 73.1. In a May 2020 interview, she shared her firsthand experience on health crisis, following the 2015 Ebola epidemic in Liberia, where she oversaw the expansion of Primary Health Care and the creation of more than 4,000 new health worker jobs as part of the post-Ebola response. Noting a few things to learn from the experience to aid the current fight against the coronavirus pandemic.

A health workforce champion, and a voice for freedom and an advocate for health for all. Her Excellency has remained at the helm of affair for peace and development in Africa as she continues to advocate for sustainable development and peace on the continent. She is also a women’s rights champion and speaks for women’s rights to full participation in peace-building work.

This week,  in an impassioned speech at the seventh annual Africa Forum, hosted by Hogan Lovells, Her Excellency Ellen Johnson Sirleaf charged African Leaders on Growth and Sustainability.

She stated; “The prevailing wisdom in our continent will survive this pandemic but the effects it will leave are enormous. For Africa, …mitigating interventions include increasing resources from multilateral lending agencies, direct support to keep households afloat and businesses solvent, and scaling up support to the informal sector, which predominantly employs women.”

At the UN high-level meeting on MDGs, in September 2010, Her Excellency Johnson Sirleaf said – ” We are here because we share a fundamental belief: that poverty, illiteracy, disease, and inequality do not belong in the twenty-first century. We share a common purpose: to eradicate these ills for the benefit of all…”. Perhaps it is time for Africa to rise to the challenge.