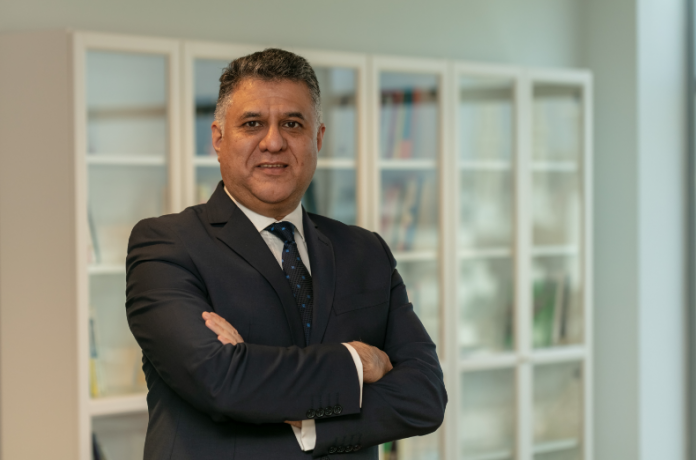 Poised to serve as a catalyst for trade development for IOC members countries, the International Islamic Finance Corporation, ITFC, has continued to assist organizations in member countries to gain better access to trade finance. As well as equipping them with the competitive edge for global business. In this interview with African Leadership Magazine UK, Nazeem Noordali, Chief Operating Officer and Head of Trade Solutions Complex, ITFC, tells us more about the organization’s efforts towards helping in the Harmonization of Standards for Pharmaceuticals and Medical Devices, among other important issues. Excerpts.

Could you share your analytical POV regarding the African pharmaceutical market, and the effect on GDP?

Africa is the only pharmaceutical market where genuinely high growth is still achievable, the value of Africa’s pharmaceutical industry jumped to USD 28.56 billion in 2017 from just USD 5.5 billion a decade earlier (Holt et al., 2015; Goldstein Research, 2020). That growth is continuing at a rapid pace and is projected to be worth USD 56 billion to USD 70 billion by 2030. Hence the necessity to implement such an ambitious project in benefit of all the African continent.

While it is difficult to provide dollar value or GDP benefit forecasts at this early stage, it is important to understand the status of drug and medicine production in Africa. Currently, less than 2% of drugs consumed in Africa are produced on the continent. The demand for safe, effective, and affordable medicines is therefore great, but weak local pharmaceutical manufacturing capacity means that Africa largely depends on imported medicines. It is observed that Africa accounts only for 3% of global medicine production with countries like South Africa and Morocco managing to produce 70% to 80% of their medicines. Certain countries in central Africa import close to 100% of their drugs and medicines.

Initiatives aimed at harmonizing the standards for the local production of pharmaceuticals, drugs, and medicines will reduce the healthcare burden on some of the poorest of African countries, thus creating positive GDP and socio-economic benefits.

As mentioned earlier, 95 percent of the medicines consumed in Africa are imported.

Some African countries have a handful of local companies which produce for the domestic market (Conway et al., 2019). Most do not—and are currently uncompetitive for local drug production. The continent overall has roughly 375 drugmakers, mostly in the North Africa region, South Africa, Nigeria and Kenya, to serve a population of around 1.3 billion people. Those in sub-Saharan Africa are largely clustered in just nine of 46 countries, and they are mostly small, with operations that do not meet international standards.

The initiative will help strengthen the capacity of these local drug manufacturers through adherence to quality control, thus making safe and affordable medicines accessible on the continent and for cross border trade amongst African countries.

The fact that this initiative will contribute to building the continent’s resilience against pandemics like COVID-19 in the future, leverage the African Continental Free Trade Agreement and also facilitate increased intra-African trade in pharmaceuticals products and medical devices, the AU member states that are also ARSO members have joined, so that they can participate in the harmonization work that will be undertaken during the course of this project. Countries such as:

The roles of Afreximbank and ITFC include the provision of the grant, which in turn will be used to carry out the harmonization work with the resources provided. The provision of the grant by Afreximbank and ITFC will foster ARSO’s involvement who will also be supported by its Council, in addition to a Joint Advisory Group comprised of Regional Economic Communities, and a series of technical committees.

As discussed earlier, the value of Africa’s pharmaceutical industry jumped to USD 28.56 billion in 2017 from just USD 5.5 billion a decade earlier and will continue to grow. The forecasted growth in various segments of Africa’s drugs and medicines industry between 2017 and 2030 are as follows: prescription drugs are forecast to grow at a compound annual growth rate of 6.5%, generics at 10%, over-the-counter medicines at 7.1%, and medical devices at 12.1%.

Key drivers of this growth include increasing urbanization across the continent and increased provision and spending on healthcare by many African governments due to increasing incidences of chronic lifestyle diseases. The transformation and growth witnessed in many African economies point towards more supportive business environments that will further enable the sector to grow. Lastly, climate-change-related pandemics and disasters such as the current COVID-19 are pushing African leaders to prioritize the local production and trade of drugs and medicines.

The trade finance needs in Africa are estimated at USD 120 billion. Since the beginning of the COVID 19, this gap was more “tangible” because of the urgent needs for Agriculture and pharmaceutical products in the African countries and the limited resources these countries have to face emergency situations. IsDB and ITFC had announced urgent measures to support these countries and to help them cover their needs.

FDIs were never more required than today. While African is preparing the launch the AfCFTA on 1st January 2021, African countries need huge investments to upgrade their physical infrastructure and to build their digital ones. Furthermore, the free movement of people and products stipulated in the Agreement will need considerable investments in cross-border facilities, logistical platforms and transportation projects.

The continent’s ability to locally manufacture its drugs is plagued with many barriers. Human resource constraints and lack of know-how are amongst the chief barriers. Drug manufacturing facilities in countries like Tanzania, for example, employ mostly foreign workers from countries like India due to lack of skilled local workers.

However, with African governments increasingly considering medicines supply as a national security issue, there is a strong push toward initiatives that support the local production of safe, affordable medicines on the continent.

The main challenge that still to be overcome is for the whole of Africa to understand that the contribution in developing and harmonizing these standards is needed, capacity and expertise is available in the continent, but in most of the cases, countries tend to work individually rather than joining their efforts and capacities. Cooperation in terms of creating regional pharmaceutical industries is as well needed as an African solution to African problems. Awareness creation and government support are very important in this regard

Yes, harmonized product standards are critical to the implementation of the African Continental Free Trade Agreement (AfCFTA), ensuring that producers of goods on the continent comply with one shared set of minimum regulatory and customer quality requirements, in turn allowing them to supply the continental market and beyond with goods that meet those standards. The harmonization of standards also serves to enhance the quality of African manufacturing and boost intra-African and Arab-African trade and investment – one of the AATB’s key objectives.