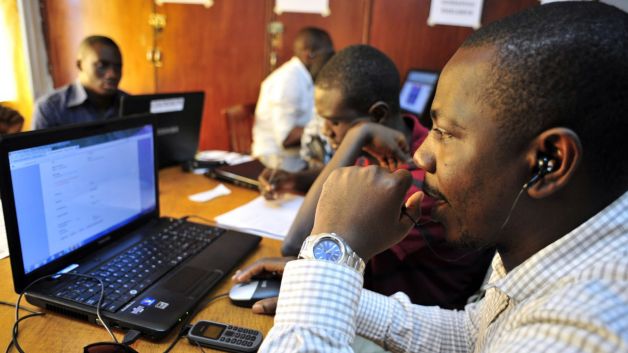 “China has really transformed itself; it is now the largest global manufacturer. The economy shifted from supplying raw materials to buying goods at low labour costs and now, it is really at the forefront of technology,” Ian Weightman, vice president of IHS Technology told CNBC Africa at the World Economic Forum Annual Meeting of the New Champions in China this year.

“You can see a parallel with that in Africa whereby the nations there are moving through the same spectrum of supplying fundamental technologies in a way that wasn’t happening a few years ago.”

He added that a decade ago, African countries were just labelled as emerging markets but today, some of the countries are leading the way in certain technologies.

“It’s a really transformative approach that we’re seeing. Some of the new innovations around conservation and sustainability are being driven by Africa.”

IHS expectations on WEF summit
The World Economic Forum’s meeting of the new champions conference allowed 1600 delegates to share ideas. CNBC Africa’s Tumisho Grater spoke to Ian Weightman, Vice President of IHS Technology and asked him about his expectations of the conference.

Weightman said that a big technology trend for the future will be wearables such as Apple’s smart watch project, iWatch and Google’s glasses which displays information on an optical head-mounted display (OHMD).

“A lot of our customers are investing in wearable technology. It may be for health and fitness, or computing on the go. The individual is increasingly becoming the computer,” he said.

He added that one concern however is that as people interact more with technology and not with each other, over time, there may be a loss of humanness.

“I hope we don’t lose that humanness amongst us as we interact more with our technology and not with each other.”