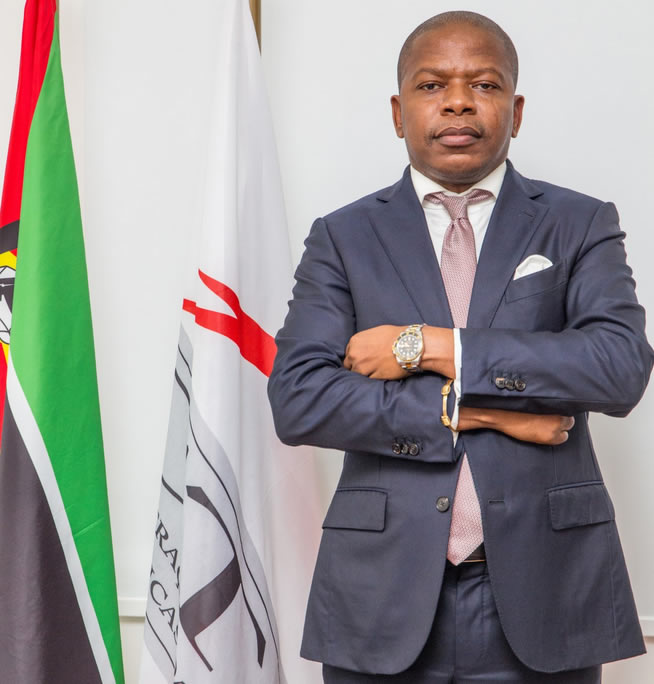 The Confederation of Business Associations of Mozambique (CTA) was incorporated on April 5, 1996, as a result of the conversion of the associations Working Committee (TAC) designed to meet the challenges of the introduction of the market economy system. The CTA is a non-governmental economic organization, nonpartisan, whose mission is to contribute to the economic and social development of Mozambique, based on private-sector growth-promoting and protecting the business opportunities and private initiatives, culture and business associations.  In this exclusive interview with African Leadership Magazine, Mr. Agostinho Zacarias Vuma, President of the Confederation of Business Associations of Mozambique, takes us through the role of the association in Mozambique’s capital growth. Excerpts:

The Confederation of Business Associations of Mozambique (CTA)’s was founded on the premise that laws and policies should help in fostering business growth in Mozambique. For the purpose of this interview and our esteemed readers, please give us some results that have been achieved since CTA’s inception.

After 22 years of the creation of the Confederation of Business Associations of Mozambique (CTA), the biggest gain was the structuring of the Public-Private Dialogue (DPP), that is, the private sector became an institutional interlocutor with the Government and, as a corollary of our contribution to the economy, last year the Government assigned to CTA the legal status of Public Utility.

In the scope of the Private-Public Dialogue during this period, there were significant advances in the improvement of the business environment. We can categorize the 22 years of the DPP into three major periods:

The introduction of the DPP model in 2015 marks the third period of this partnership between the Private Sector and the Government in which we are pleased to note that on average our requests for reform have been made after one year.

Despite the results I have just described, a number of challenges remain, since the survey we made in a reflection on the DPP process between 1996 and 2017 found that the most critical sectors, that is, that demanded more government intervention to facilitate doing both businesses in legal reforms as in administrative measures are Transportation with weight of 20.5%, tax area, and international trade 11.2%, Agriculture 9.8%, Tourism, and Construction with 8% each. And this message that we sent to the executive in the session of the VI Council of Monitoring of the Business Environment led by His Excellency Dr. Carlos Agostinho do Rosário, Prime Minister because we believe that this information can not be ignored and can serve as a work base in our interaction with the Government in order to make the business environment in Mozambique more attractive in the country’s development framework and our insertion in the regional economy.

In a report by the World Bank, it was noted that sufficient investment in demographic transformation will provide a stable environment for small and medium-scale businesses to thrive. What measures have the Confederation of Business Associations of Mozambique put in place to ensure that there is the adequate inclusion of SME businesses in the nation’s capital growth?

Before discussing the action we have taken to ensure the inclusion of micro, small and medium-sized enterprises in the growth of national productive capacity, I would like to dwell on our understanding of demographic change, knowing that our country is predominantly young, and in order to capitalize on this factor investments must be undertaken in the areas of education, skills development, health, and job creation, without neglecting the social aspects related to HIV / AIDS and Gender.

The population of Mozambique has been experiencing a fast pace of growth in recent times. According to the 2017 Population Census, the Mozambican population was estimated at 28.9 million. In the coming years, the population will continue to grow at an average annual rate of more than 2%, reaching around 50 million inhabitants by 2040. This growth, due to the dynamics of its main components (birth, death, and migration), may be accompanied by changes in the age structure of the population.

In this sense, in addition to the pursuit of economic reforms aimed at improving the business environment, in order to take advantage of demographic dividends, public policies must also be based on education, health, and good governance.

However, this process is not automatic, arising as a result of a harmonized and synchronized action of the various sectors, including the private sector, hence the appropriation of the process at the highest level of governance is not an option, but the basic condition for the transformation demographic.

However, in order to accelerate the benefits of demographic transformation there is a need to undertake a set of actions among them:

Turning to the main question of Micro, Small and Medium Enterprises, let me elucidate that, similar to the reality of other quarters around the world, the Mozambican economic fabric is dominated by Micro, Small and Medium Enterprises, and these makeup, in general, more than 90% of the business fabric and are the main vehicle for production and distribution of wealth in the country, guaranteeing the production of goods and services, decent employment and income for families and consequent social stability.

Aware of the importance of the inclusion of Micro, Small and Medium Enterprises we have advocated for some measures for the promotion and sustainable development of the national private sector in order to increase the capacity and competitiveness of companies, such as:

Looking at the current economic state in Mozambique and a proposed 10-year estimation, what metrics would you say require the earliest possible attention to ensure that businesses and business owners benefit from it and as well contribute to the rising GDP of the nation?

Over the next 10 years, we expect a radical transformation of the Mozambican economy with the start of production and export of natural gas in the Rovuma basin, with the advent of associated industries such as fertilizers, liquid fuels, electricity generation, and iron and steel, among others.

As part of the reforms to improve the business environment, we are advocating for the approval of the national content law to protect national production and enable it to be developed through greater participation of micro, small and medium enterprises in large projects.

Regarding the inclusion of national entrepreneurship in large projects, priority is now given to mapping Small and Medium Enterprises (SMEs) to assess their capabilities to serve different components of the oil & gas upstream, midstream and downstream industry, taking into account the specificities of the Oil & Gas industry. In this context, we have created a directory of local suppliers and a study is underway on the current stage of the Mozambican industry; We also plan to prepare SMEs to participate in the Oil & gas business and to develop specific certification programs for which it will be necessary to identify certification companies in the oil and gas sector to establish partnerships with the Mozambican private sector.

A more diverse and competitive economy that is focused on strengthening key drivers of economic inclusion will benefit the growth of businesses and raise the yearly national income exponentially. As an organization that is made up of business associations in Mozambique, how much support do you provide your members to ensure that there is a more diversified business stratum in Mozambique?

CTA has been providing assistance and support to its members through several actions included in its Strategic Plan for the current three-year period (2017-2020), which highlights the strategic objective of Developing Business Support Actions and another objective, which is Promoting Business Opportunities for the Private Sector.

In pursuit of these objectives, the following actions are underway:

The other line of financing is directed to the ability of companies to develop their business. We call this line of funding Active Capital. And it is fair to say here that the impact of these lines of financing is quite positive, in an evaluation of less than 1 year of its existence.

You have been awarded as a recipient of the illustrious African Leadership Medal of Honor in Business Award & Induction into the African CEOs Hall of Fame, how do you feel receiving this awarded commending you on your outstanding business practices?

I am honored and very proud to receive this award and to be part of the gallery of distinguished personalities internationally selected for this event that has a significance that far transcends my personal merits.

This homage, loaded with symbolism, is an excellent opportunity for me to express my deep gratitude to the President of the Republic of Mozambique, Filipe Jacinto Nyusi, for his openness and commitment to the private sector, manifested through the revision and introduction of a new model of public-private dialogue, as well as to enable CTA to be a true leader of Mozambican economic diplomacy, in favor of the promotion of Foreign Direct Investment and development of the Mozambican economy.

But this is also an opportunity to renew my commitment to face the new challenge that comes with this distinction to dedicate more energy and commitment in the service to Mozambique, my motherland, and Africa, my continent, in what I am offering to contribute. And so I will do it by preserving the values that have always governed my life, values of struggle, dedication, humility and dignity that are the maximum expression that guides me to achieve the best for all.