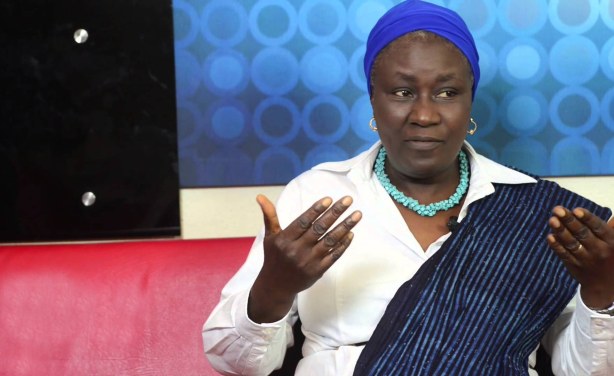 Oluremi Sonaiya wishes to be the next president of Nigeria. She wants to rule the country differently, put a stop to corruption and empty politicians’ promises. But competing in the race is prohibitively expensive.

The words “The Promise” are written in large letters over the tiny restaurant in Lagos Airport. Oluremi Sonaiya is seated on a plastic chair and opposite her are two young campaign assistants busily typing away on their laptops. Sonaiya has had enough of promises; too many of them made by the country’s politicians have been left unfulfilled. But time is short and “The Promise” enables her to take a hasty break between two appointments. Sonaiya is a professor of French Language and Applied Linguistics. She has done research work abroad – in Germany, France and the United States. She has lectured at Obafemi Awolowo University in Ile-Ife in southwestern Nigerian for 30 years and has observed how educational standards have steadily deteriorated.

“Finally, it dawned on me that I needed to get more involved, that I could not do that being a professor in the University. I had to make a choice,” the 59-year-old told DW.

In 2010 Sonaiya abandoned life on campus and joined the small KOWA party which had been founded the year before. Sonayia says the party now has around 10,000 members. She is their candidate for the presidential elections on March 28. Her campaign platform is social justice, about which she has written and published many books and articles.

She finds it frustrating that Nigeria is rich in natural resources yet more than half of the population live below the poverty line. The unwritten rules that govern Nigerian politics also infuriate her. “It is an all-male preserve,” she said, in which the ‘Ogas’ – the most powerful men in the country cut lucrative business deals.

President Goodluck Jonathan is a millionaire. Nigerian entrepreneur Aliko Dangote was able to amass a fortune of $20 billion (17.7 billion euros) largely because of his political connections. Politicians belonging to the two most powerful parties the ruling People’s Democratic Party (PDP) and the All Progressives Congress (APC) have been swapping sides in recent months – the choice of a new party dependent on its prospects at the upcoming elections.

Sonaiya’s small party seeks to reawaken young people’s interest in the politics of democracy. She has already succeeded in winning over Demola Okeowo. The 27-year-old entrepreneur runs KOWA’s youth wing and he is sitting opposite their presidential candidate. They both realize that they do not have any realistic chance of victory at the ballot box. Their campaign team consists of just 20 people. The PDP and APC hop around the country in private jets presiding over huge election rallies and plastering whole cities with election placards. The Nigerian media barely ever mention the twelve other parties in this election.

“Change is a process, not an event. I am doing this not just for me, or for the immediate (future), but for the long term,” Okeowo told DW.

The only woman candidate

The goals the party has set itself would probably receive the backing of most Nigerians. Fight Boko Haram and corruption; promote economic growth and improve the electricity supply. But Nigerian writer Lola Shoneyin complains that Sonaiya’s party has failed to put forward concrete solutions for the country’s complex problems. Nonetheless, she admires Sonaiya’s courage. “I know a lot of women who wouldn’t be able to do it simply because their husbands would be telling them ‘Sorry, no’.”

A mother of two children and a grandmother, Remi Sonaiya can count on the support of her family. Her husband, who is also a university professor, is her biggest fan. While she was in Berlin, Germany on a scholarship awarded by the Alexander von Humboldt Foundation, she was impressed by the self-confidence of the women she met. “If a German woman says “Ich kann nicht mehr” (I can’t do any more than that) then that’s it. She means it! She is not going to take any nonsense from you. Nigerian women have not got to that stage yet,” Sonaiya said.

She hopes that in standing for the presidency – whatever the odds – she will have helped to further cause of Nigerian women.