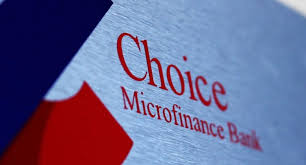 Diaspora-owned Choice Microfinance Bank has recently said that it will pump Sh60 million to open new branches in Kitengela and Ngong in Kajiado County Kenya.
The financier with one branch in Rongai, Kajiado, that serves as its headquarters, is betting on the expansion to grow its loan book sevenfold to over Sh160 million annually.
It aims to ease access to capital by micro and small businesses and colleges and, capture the un-banked population like pastoralists in Kajiado, flower farm workers and informal traders.
“We want to boost financial inclusion among informal groups alongside enabling Kenyans in the diaspora to invest their money prudently,” said it’s Chairman Ben Kamiri.
The micro-lender was started by a group of Kenyans living in the US, who are the largest shareholders, alongside those in the UK, Germany, China and South Africa.
Kenyans working abroad sent home Sh13.9 billion in January, up from Sh11.6 billion in the same month last year mostly from North America and Europe.