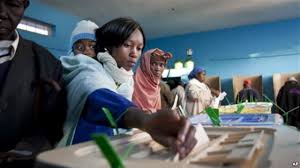 Women have recently been challenged to seek top elective seats in the coming General Elections, including the presidency.
While speaking at Kiirua Camp in Meru during the distribution of Sh383,000 affirmative action fund cheques, Ms Naomi Wanja, a director with the Nyayo Tea Zones, said there was need to push for the election of more women to bridge the leadership gap between them and their male counterparts.
“Women should come out and fight with men for top elective posts,” she said.
Ms Wanja stated it was sad that there was no single woman elected as either governor or senator in Kenya.
“We should not lead as second-class leaders but top bosses which I am sure we can make if we are committed and determined to be leaders. There is no need of six women campaigning for one elective seat and they are sure that only one person will be elected”.
She criticised women who were fighting their colleagues instead of supporting them saying “Support one another to ensure [there are] more women leaders in the society”.
Wanja further called for support for women who seek the presidency saying Kenya was ready to be ruled by a woman president.