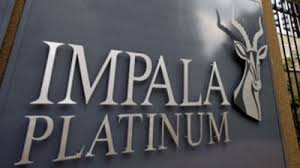 South Africa has recently concluded plans to set up a fuel cell component plant by 2018, the latest initiative from the world’s top platinum producer to increase demand for the metal and support firms hit by plunging prices and labour strife.
Vinay Somera, Chief Executive of Isondo Precious Metals, said his firm was preparing a feasibility study and had secured a license from U.S-based Chemours Technology, to assemble components for the fuel cells using platinum.
“We are looking to get manufacturing in the ground in the next one to two years,” Somera said.
Under the deal with Chemours, Isondo would manufacture, market and sell licensed fuel cell components globally.
Somera said a key advantage for his firm would be to bring the cost of the technology down by sourcing the metal locally. The government has also promised tax incentives for the manufacturing to take place in special economic zones.
Rob Davies, the trade and industry minister said at the conference, that his department was paying 15 million rand ($928,000) to fund part of the cost of the feasibility study.
Fuel cells generate electric power by combining hydrogen and oxygen over a catalyst such as platinum. The metal has so far mainly been used in catalysts to make diesel cars cleaner.
The price of platinum has fallen about 30 percent year-on-year, forcing miners to sell assets and cut production and jobs. Around two-thirds of the industry, whose mines were damaged by a five-month strike in 2014, and are making losses.