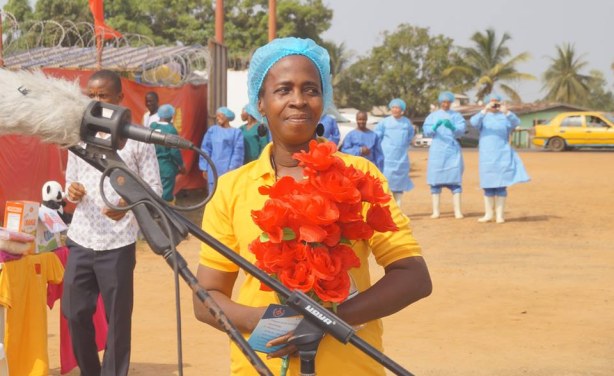 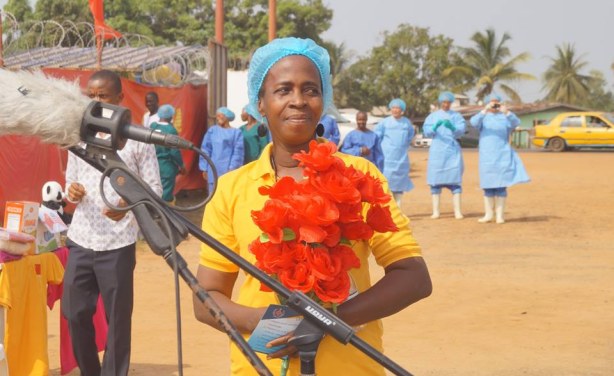 Monrovia — Liberia’s path to being declared Ebola-free seems a little complicated than many Liberians think is simple. Many have begun to count the number of days remaining before the country joins other nations to be declared by the World Health Organization as being Ebola-free.

Liberia released its last patient from an Ebola Treatment Unit in the country on March 5, 2015 and since then many Liberians have joined the race in counting down to the last day of the forty-two days without a case required by the World Health Organization before a country could be declared Ebola-free.

Mr. Tolbert Nyenswah, head of the Incidence Management System and assistant minister for health said Liberia can only be declared free of the deadly disease by the WHO and the counting process starts from the day the last confirmed case tested negative for the second time in a lab. Said Nyenswah about the WHO’s theory: “The World Health Organization says the counting of the 42 days starts from the day the last confirmed case was given a second negative test and that day for Liberia was March 3. It was the day we got the second confirmed lab test of the last patient that was discharged.”

Mr. Nyenswah in an interview with FrontPageAfrica stated that if everything stays constant and the country does not experience any new case, the deadly Ebola Virus could be over by as early as mid-April, 2015. “So, if you count from March 3rd to today March 18, it is 15 days. If we go by that fifteen days for us to reach 42 days, it will be April 13 or 14,” he said.

He said despite the fact that no new case has been reported since mid-February and March, Liberia cannot be sure of being Ebola-free if the preventive measures are not followed to stay at zero, until the WHO stipulated period and maintain zero new case always. “We don’t have any new case in Liberia up to today’s date. Liberia has gone 29 days since the last Ebola case was confirmed in our country and since then we’ve been reporting zero cases. But to be declared Ebola free, we look to WHO,” he said.

Continued Nyenswah: “Liberia is not Ebola-free, people should not be complacent; no hugging, no shaking hands. We should maintain the preventive measures; our border teams are vigilant. We have forty suspected cases that were tested in our labs and they were all negative. Liberia is at very high risk right now. The risk of Ebola in Liberia is high because Guinea, Sierra Leone still reporting cases, the borders are porous and our people should be very careful.”

The outbreak of Ebola has been ongoing in Liberia since March 2014 and though infections in Liberia are no more, outbreaks are still occurring in Guinea and Sierra Leone. The United States Centers for Disease Control states that these outbreaks of Ebola are the largest and most complex in history and have led to civil unrest and violence against aid workers in West Africa. The public health infrastructure of Liberia is being severely strained as the outbreak grows.

A WHO Ebola Situation Report released on March 11, 2015 states that a total of 116 new confirmed cases of Ebola virus disease (EVD) were reported in the week to 8 March, compared with 132 the previous week. The WHO stated that Liberia reported no new confirmed cases for the second consecutive week and new cases in Guinea and Sierra Leone occurred in a geographically contiguous arc around the coastal capital cities of Conakry and Freetown, with a total of 11 districts reporting cases.

The world health body stated that although there has been no significant decline in overall case incidence since late January, the recent contraction in the geographical distribution of cases is a positive development, enabling response efforts to be focused on a smaller area. The WHO states that the case fatality rates for people hospitalized with confirmed EVD for whom a definitive outcome was reported were 53%, 52% and 50% for the months of October, November and December, respectively.

“On average, it took 2.2 days between the onset of EVD symptoms and hospitalization of a confirmed, probable or suspected case during February,” stated the WHO in its March 11 report on Ebola. Continued the report: “In a recent assessment of infection prevention and control measures in 113 non-Ebola health facilities in Montserrado county, 45 (40%) were judged to have a functional triage system in place capable of the rapid assessment of patients.”

The WHO stated that there have been over 24 000 reported, confirmed, probable, and suspected cases of EVD in Guinea, Liberia and Sierra Leone (table 1), with almost 10 000 reported deaths (outcomes for many cases are unknown). A total of 58 new confirmed cases were reported in Guinea, 0 in Liberia, and 58 in Sierra Leone in the 7 days to 8 March (4 days to 5 March for Liberia).

The United Nations Children’s fund in a report released on Tuesday stated that thousands of children have been infected, killed or orphaned by the virus and about one in five people infected with EVD is a child. “The mortality rate for children under the age of 5 is 80 per cent, meaning four out of five children in that age group who have been infected have died. For children under 1 year of age, the mortality rates are as high as 95 percent,” stated the report.

The United Nations Development Programme in a recent report states that the deadly Ebola outbreak has had a huge economic impact on economies on the three most affected countries. According to the United Nations Development Group (UNDG), West Africa as a whole may lose an average of at least US$3.6 billion per year between 2014 and 2017, due to a decrease in trade, closing of borders, flight cancellations and reduced Foreign Direct Investment and tourism activity, fuelled by stigma.

“The consequences of Ebola are vast,” said Abdoulaye Mar Dieye, the Director of UNDP’s Regional Bureau for Africa. “Stigma and risk aversion have caused considerable amounts of damage, shutting down the borders and indirectly affecting the economies of a large number of countries in the sub-region”. The report states that the outbreak has had an important impact on human development. The region’s per capita income is expected to fall by US$18.00 per year between 2015 and 2017.

In Côte d’Ivoire, the poverty rate has risen by at least 0.5 percentage points because of Ebola, while in Senegal; the proportion of people living below the national poverty line could increase by up to 1.8 percent in 2014. In addition, food insecurity in countries such as Mali, and Guinea-Bissau is expected to increase.