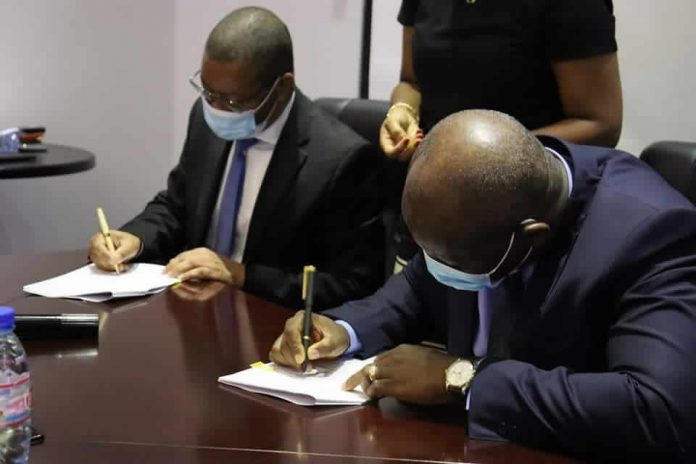 The Government of Liberia and the World Bank, Liberia Country office have signed financing agreements, totalling US$74.2 million, for the Liberia Electricity Sector Strengthening and Access Project (LESSAP), valued at US$64.2 million, and the Recovery of Economic Activity for Liberian Informal Sector Employment (REALISE) project valued at US$10 million, on Monday, April 12, 2021.

The Minister of Finance and Development Planning, Hon. Samuel D. Tweah Jr., represented the Government of Liberia, while Country Manager Dr Khwima Nthara represented the World Bank. According to a released statement, Minister Tweah noted that the Government is committed to solving the electricity problem in the country by reducing the cost per kilowatt from 33cent to three cents.

The Minister appreciated the World Bank and other partners for their continued support towards building the energy sector in Liberia stating that their efforts is in the right direction. The government, according to him, is moving in a new direction for transformation, hence the “old aged” problem has to go away. He assured the Bank that the Government is committed to ensuring the two agreements put into effect soon as President Weah is a practical leader pressing for results to solve lots of problems.

The World Bank Liberia Country Manager, Dr. Khwima Nthara, on his part, noted that the importance of both projects cannot be over-emphasized. He explained that the World Bank and its development partners decided to step in to solve the electricity problem in Liberia as it is estimated that only 7 percent of Liberians have access to grid electricity, while 21 percent have access to off-grid sources of electricity.

The project is expected to provide temporary employment and wages to 15,000 poor individuals in Liberia, half of whom will be women; with a further target on low-income communities and poor families in greater Monrovia. Detailing the funding for the work, Dr. Nthara noted that the project is being financed through an IDA credit of US$5 million to aid the ongoing Liberia Youth opportunities Project, implemented by the Youth and Sports Ministry.