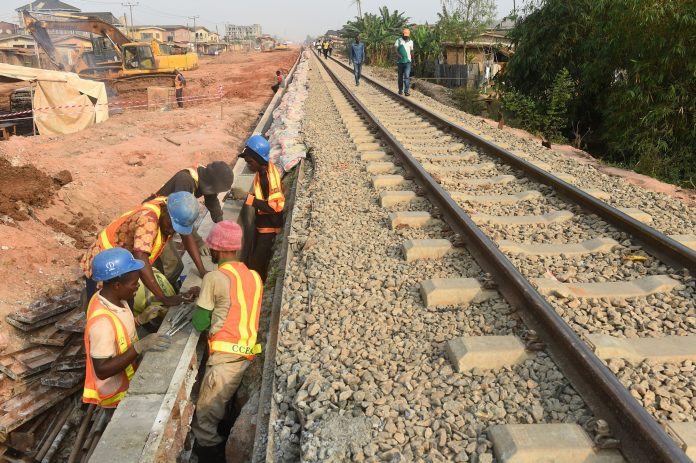 President Buhari is attempting to breathe new life into the Nigerian economy with a major upgrade for Nigeria’s infrastructure.

The Nigerian government is throwing its weight behind a major infrastructure drive to boost Nigeria’s recovery after the economy emerged from recession in the fourth quarter of 2020. The Buhari administration hopes major upgrades to Nigeria’s railways, roads, power grids, airports and maritime infrastructure will stimulate long-term growth in Africa’s largest economy.

Weak infrastructure has long been a drag on the development of Africa’s most populous nation. A recent Moody’s report revealed that Nigeria needs to spend roughly $3 trillion in over 30 years to bridge the country’s infrastructural gap.

As a result, President Buhari has made improving Nigeria’s infrastructure a flagship policy of his administration, with a number of megaprojects already nearing or having reached completion.

The 156km Lagos-Ibadan Railway was officially launched in January, easing passenger and freight congestion on the main highway linking Nigeria’s first and third largest cities. The new railway also connects to Apapa port in Lagos, one of Nigeria’s busiest ports.

Nigeria’s first deep seaport, located outside of Lagos and serving free zones along the coast, is due to be completed by 2023. The Lekki Deep Sea Port will enhance the status of Lagos as a manufacturing and logistics hub in West Africa, by helping to scale down the cost of container transportation from around the world.

While several infrastructure megaprojects have been financed by China’s Belt and Road Initiative, the new InfraCo fund will allow financing for projects to be managed in-country. Nigeria’s Central Bank appointed professional services giant KMPG as transaction adviser for the fund, with a fund manager due to be appointed shortly.

In energy, the Nigerian government aims to reduce its reliance on oil revenues and drive down energy costs by investing heavily in natural gas, with Nigeria possessing the largest natural gas reserves in Africa. President Buhari recently announced the “Decade of Gas” initiative to capitalise on the country’s largely untapped reserves. The Ajaokuta-Kaduna-Kano Gas Pipeline announced last year will help to connect Nigeria’s gas resources to regions across the country and to international markets.

The Buhari administration has also commenced a plan to deliver electricity through solar energy to Nigerians whose communities are off the national power grid. Designed by the Rural Electrification Agency (REA), the Solar Power Naija programme will cover 25 million Nigerians at completion, via connections to mini-grids or Solar Home Systems, and create 250,000 new jobs within the domestic energy sector.

The scale of Nigeria’s infrastructure development requirements is eyewatering. Yet the Buhari administration is betting that the launch of InfraCo, coupled with a boost to Nigeria’s gas revenues and the economy’s productive capacity, will go some way to surmounting the budgetary and financing obstacles standing in the way of meeting its infrastructure needs.

For Africa’s largest economy and its booming population, the message is simple: “Build, build, build.”