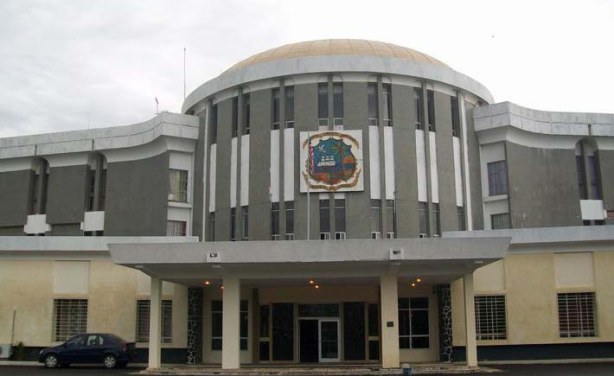 The Plenary of the House of Representatives has suspended three of its members without pay, and mandated two others to write Plenary a letter of apology for their misconduct.

According to the Chairman of the Rules, Order and Administration Committee, Jeh Byron Browne, Representatives Edwin M. Snowe (Ind.-District#6 Montserrado County) and Bill Twehway (UP – District#3 Montserrado County) should apologize to the Honorable Body and the Liberian people through a written communication to the August Body via the office of the House’s Chief Clerk.

Plenary took the decision on Thursday, February 26, 2015 during its 14th sitting of the 4th Session of the 53rd Legislature.

In the committee’s recommendation to plenary following an investigation conducted on the accusation filed by Rep. Bill Corneh (NPP-District #6 Bong County) against Rep. Cooper, the committee recommended that the Margibi County Lawmaker be suspended for three months without pay.

The committee proposed that Rep. Cooper should be made to apologize to Rep. Corneh and the People of Electoral District 6, Bong County, through a written communication immediately after the acceptance of the report through the office of the chief clerk.

During its investagation, the committee established that the allegations made by Rep. Corneh are true as the accused himself admitted to same.

In consideration of the second issue, rule 42.2 of the standing rules and procedures provides that no member shall insult, abuse or harass another person (s) within the confines of the House, or cause disturbance to the activities of the House.

The report further indicated that Representative Fahnbulleh is guilty of grossly violating Article 44 of the 1986 Liberian constitution and rule 42 of the rules and procedures of the House of Representatives. It argues that the House is a place of Honorability and people of such class are expected to behave honorably.

“Wherefore, and in view of the foregoing, this committee finds Representative Samuel Kogar of electoral District 5, Nimba County, guilty for violating the aforementioned Article 44 of the 1986 constitution of the Republic of Liberia and rule 42.1 and rule 42.2 of the standing rules of the House of Representatives”.

Unlike Fahnbulleh, Kogar and Cooper, the committee recommended that Representatives Snowe and Twehway apologize to the August Body and the Liberian people through a written communication.

The five (5) lawmakers are said to be responsible for the disruption of regular sessions of the House of Representatives on Tuesday and Thursday, the 13th and 15th of January 2015.

Plenary’s action was prompted by two separate communications addressed to that Body by Representatives Adam Bill Conrneh of Bong County, and George Wesseh Blamoh of Grand Kru County requesting a probed into said matter for determination of appropriate actions in keeping with their standing rules and procedures.

The committee also dismissed through its recommendation complaints brought against Rep. Emmanuel Nuquay of electoral district #5 Margibi County on grounds of lack of sufficient evidence.

According to Grand Bassa County Representative J. Byron Browne’s Rules, Order and Administration Committee, the Committee did not see or notice Hon. Nuquay disturbing or obstructing Session at any of the sittings.