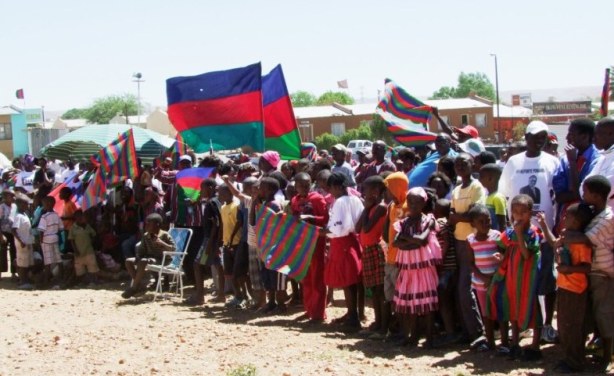 Namibia’s election commission says preparations for next week’s national elections are going well as the country becomes the first in Africa to use electronic voting machines.

“We will deploy 2080 teams to the 121 constitutions in the 14 regions of the country to operate 1255 fixed and 2711 mobile polling stations,” electoral body chairwoman Notemba Tjipueja told reporters on Thursday.

There are 1,241,194 eligible voters on the final voter’s roll. Namibia has a population of 2.1 million. Parliamentary and presidential elections will take place on Friday, November 28.

It will be the first time the country votes in one single day. During the previous five elections two days were set aside for voting, which opposition parties criticised.

“For the first time Namibia will use electronic voting machines, which were purchased from India. This will considerably shorten the counting and verification process and we expect to announce all results 24 hours after closure of polls,” Tjipueja said.

Sixteen political parties and nine presidential candidates will contest the elections. A recent electoral law amendment increased seats in parliament from 72 to 96.

According to expectations the ruling South West African Peoples Organisation (Swapo) will again comfortably win the polls. In 2009, Swapo won 74.2 percent of the votes, being 54 of the 72 seats.

The second highest votes went to the new Rally for Democracy and Progress (RDP) party.

Pohamba, 79, will retire after two five-year terms. He took over from founding President Sam Nujoma in 2005. Nujoma ruled from 1990 and was voted in for a controversial third term.

Swapo argued in 1999 that Nujoma had in 1989 only been voted to power by the constituent assembly. However, in Namibia, the president is elected directly.

In 1989 the country’s first ever democratic elections took place under UN supervision. On March 21,1990, Namibia became independent from then apartheid South Africa.

For the first time Swapo sent a candidate from a minority ethnic group into the election race. Geingob is from the Damara ethnic group and regarded as a tested party cadre.

The Owambo form the largest ethnic group in Namibia — roughly 50 percent of the population.

Election day has been declared a public holiday by the presidency.