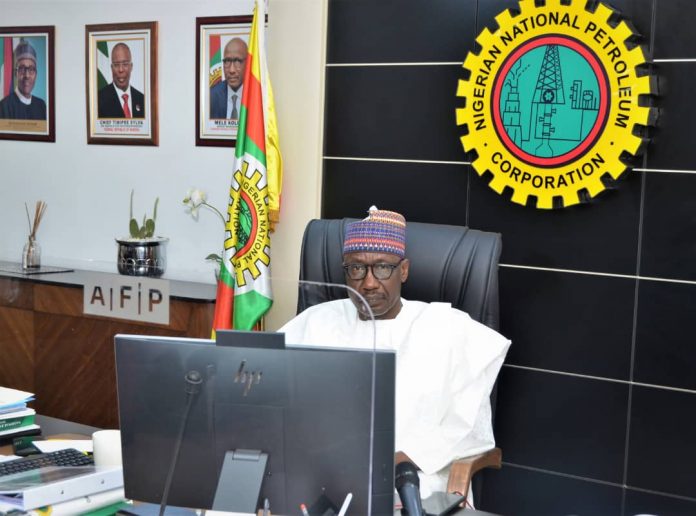 The Nigerian National Petroleum Corporation (NNPC) has announced an increase of 80.12% in trading surplus for December 2020 which stands at ₦24.19billion compared to the ₦13.43billion surplus recorded in November 2020.

This is contained in the December 2020 edition of the NNPC Monthly Financial and Operations Report (MFOR), according to a press release by the Group General Manager, Group Public Affairs Division of the Corporation, Dr. Kennie Obateru.

Trading surplus or trading deficit is derived after the deduction of the expenditure profile from the revenue in the period under review.

The report indicated that the 80.12% increase is due mainly to the significant rise in the profit of NNPC’s flagship Upstream entity, the Nigerian Petroleum Development Company (NPDC) amid improved market fundamentals and strong global demand for crude oil.

Other contributory factors to the robust trading surplus recorded in the month under review include the improved performance by the Nigerian Gas Marketing Company (NGMC), the Petroleum Products Marketing Company (PPMC), the National Engineering and Technical Company (NETCO) and Duke Oil Incorporated which recorded noticeable gains in their operations.

In monetary terms, the volume translates to a value of ₦288.77billion recorded on the sale of white products by PPMC in December 2020 compared to ₦226.08 billion sales in November 2020.

Total revenues generated from the sales of white products for the period December 2019 to December 2020 stood at ₦2.217triilion, where petrol contributed about 99.09% of the total sales with a value of ₦2.197trillion.

In December 2020, 43 pipeline points were vandalized representing about an 18.60% increase from the 35 points recorded in November 2020.  Mosimi Area accounted for 56% of the vandalized points while Kaduna Area and Port Harcourt accounted for the remaining 33% and 12% respectively.

The daily average natural gas supply to power plants increased by 3.52% to 816mmscfd, equivalent to power generation of 3,445MW.

This translates to a total supply of 1,383.93mmscfd of gas to the domestic market and 3,349.00mmscfd of gas supplied to the export market for the month.

The 65th edition of the NNPC MFOR highlights the Corporation’s activities for the period of December 2019 to December 2020.

In line with the Corporation’s commitment to becoming more accountable and transparent, the Corporation has continued to sustain effective communication with stakeholders through the MFOR which is published on Corporation’s website, national dailies, as well as independent online news portals.