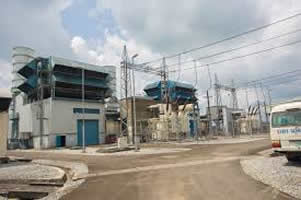 The Power Plant Limited has signed a community partnership agreement (CPA), for the development of communities in Akwa Ibom State. The consensus which will be executed under the auspices of the Akwa Ibom State Government covers critical areas such as community employment opportunities, procurement and supply contracts, and socio-economic development projects.

Its execution is a strategic move by QIPPL to proactively establish a positive relationship with neighboring communities in the state, and collaborate with them to identify and develop sustainable program for accelerated socio-economic development.

The communities comprise Ibeno (where the power plant is located), Eket, Esit-Eket, Mkpat-Enin, Onna, and Ikot Abasi Local Government Areas. The projects are aimed at fostering hitch-free operations, and the promotion of orderliness in the areas to allow investment/work environment at all times from construction to completion of the Power Plant.

Brian Herlihy, Chief Executive Officer, Black Rhino Group, during the signing ceremony commended Governor Emmanuel Udom for his support in ensuring the project comes on stream, and commences construction before the end of 2018. The company is investing about $1.1billion in the QIPP project, adding that over 12,000 people from Akwa Ibom would be employed during the construction of the project. He pointed that aside the $1.1billion, ExxonMobil is also going to invest additional $500million for gas.

Governor Udom applauded QIPPL and partners for the huge investment, adding that the project will provide solution to Nigeria’s gas challenges. He assured the company of his governments support and commitment to the realization of the goal; “I am always glad to be associated with something that will drive employment, provide the bases for industrialization and I think the QIPP is just one of them”.

Representatives from the benefitting communities, Chief Okut Inyang Etim Inyang, Pastor Bassey William Umoh expressed appreciation for the QIPP project stressing that the coming of the project will change the fortunes of their people. “The economy of our people and those in the host communities will improve with the coming on stream of the QIPP project and because of the numerous multiplier effect of this project, we in the host communities have agreed to cooperate to ensure the project succeeds.”