African Leadership Magazine
Home African of the Week President Lungu: Working to Eradicate GBV and Championing the Cause for Women... 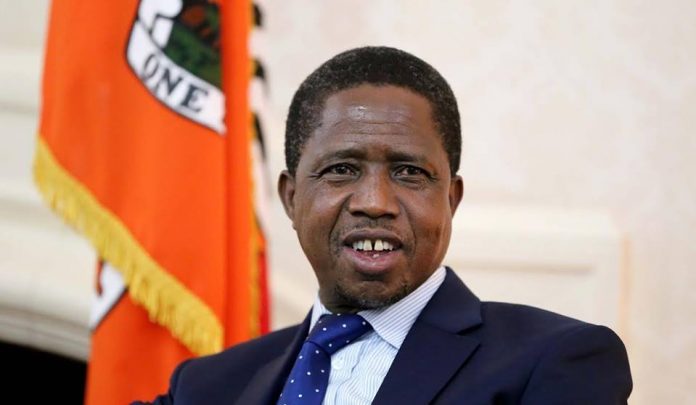 When the African Union (AU) Heads of State held a summit in Sandton, South Africa, in June 2015, a major highlight of the event was the due recognition of President Edgar Lungu, for leading his country, Zambia, in the critical and heartwarming drive to end Gender-Based Violence (GBV), early marriages and teenage pregnancies. Not only did President Lungu receive recognition from the African Union (AU), but he was also appointed promoter of the HeForShe campaign by the United Nations (UN). These recognitions go a long way to show the President’s commitment to showing the gender story in his territory to one of equality and access.

President Lungu has since his assumption of the highest executive position of his nation, committed and dedicated himself to the growth and development of women in Zambia while promising to fight the scourge of Gender-Based Violence and any form of inequality hindering the success of women within the country. Recognizing the efforts of Zambia, the United Nations Women website outlined the drive towards the lines of it aiming to address persistent gender inequalities and empower women in the pursuit of national development, while fighting the continued scourge of violence against women and girls—including trafficking and forced early and child marriage. The recorded pledge extended to investing in women’s economic empowerment, such as through the facilitation of, access to and control of land and other resources which include providing enhanced credit for small to medium businesses, and also envisioning a government with the full participation of men and women in decision-making processes, amidst aspirations for achieving a high level of sustainable development where no one is left behind on account of sex, age, social or economic and health status. It is to this effect that speaking at the Global Leaders’ Meeting on 27 September 2015, President Lungu said: “Much has been accomplished, [but] I believe a lot more remains to be done. I, therefore, wish to commit myself and the people of Zambia to ensure that what remains to be done will truly be done.”

A notable and worthy example demonstrating his confidence in women’s abilities lies in his appointment of many to key decision-making positions, including Inonge Wina as Vice-President. Being a decade for women, the President believes women needed to be assisted to gain their self-esteem and elevate them to positions that enabled them to bring out the best of their ability.

Much recently, commemorating International Women’s Day in March, the President noted the critical need of appreciating the role of women in the sustenance of families and contribute to the growth of the national development even during the pandemic. He has also continued with commendable acts, building on his efforts against Gender-Based Violence with the commissioning of an Anti-GBV Centre in Chamuka village within Chisamba District, and 21 other chiefdoms. The President’s remarkable work covering half a decade of advocating for women through active and inclusive governance can be categorized in the context of the zeal to do more as he hopes to open more Anti-GBV centres across the country.