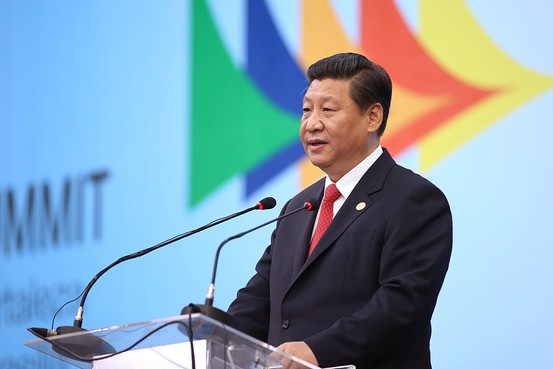 Rao Hongwei, Chinese Ambassador to Rwanda has confirmed that Chinese President Xi Jinping will be in Rwanda for a two-day state visit on July 22nd -23rd, highlighting that everything is in place to ensure the visit is a success. This is the first time that a Chinese president will be visiting Rwanda.

The Chinese Ambassador stated that, Xi’s visit to Rwanda seeks to strengthen cooperation between the two countries. He said the President will have “in-depth exchange” with his Rwandan counterpart, President Paul Kagame.

“During his upcoming visit, President Xi will have in-depth exchanges of views with President Kagame and Rwandan friends from all sectors to shift China-Rwanda cooperation into a higher gear and upgrade bilateral relations,” the envoy told the media at his office in Kigali yesterday.

Ambassador Hongwei explained that Chinese president’s visit will scale up relations between the two countries in many aspects, including deepening political trust, increasing pragmatic cooperation and broadening regional cooperation. He also highlighted that the two heads of state are expected to witness the signing of a number of bilateral MoU and agreements, all of which will enable China and Rwanda to strengthen ties.

China has in the recent past made a commitment to diversify its collaboration with Rwanda in areas of developing industrial parks, geological exploration, human resources development and ICT, among others.

“Within this context, a rapidly increasing number of Chinese investors have settled down in Rwanda, established shop, and started their operations in the industries of garment production, mining, retail and hospitality,” the diplomat

The country has also been one of Rwanda’s largest trading partners in recent years. Trade volumes between the two countries stood at US$157 million in 2017, representing 10.9 per cent increase from the previous year. The visit comes after President Kagame visited China in March last year where he held bilateral talks with his Chinese counterpart.