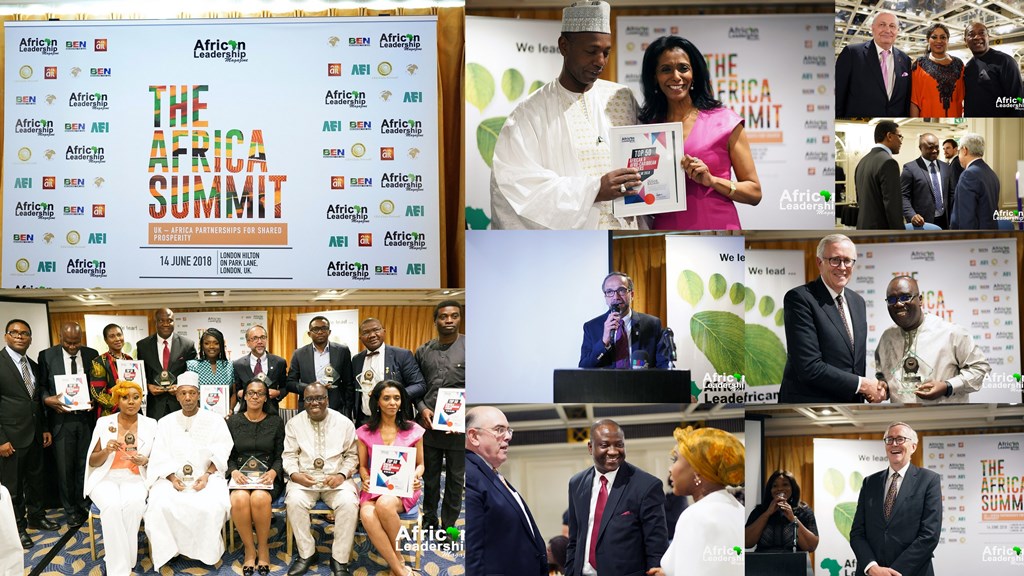 Portsmouth-UK: Amidst a groundswell of opposition, intense negotiations and relative uncertainty on the future of relations between Britain and its allies globally, African Leaders have been urged to harness the benefits of Brexit to push forward greater cooperation and partnership between U.K and Africa. This was the position of stakeholders at the recently concluded Africa Summit organized by the African Leadership Magazine at the London Hilton Hotel, On Parklane.  The event which was organized as part of the group’s mandate of evolving solutions to some of the continent’s pressing and peculiar challenges had as its theme: “Jobs Made in Africa: Creating A World Of Opportunities For The Continent’s Young People”. In attendance were high profile business, political and diplomatic leaders, from Africa and the U.K, including, Tim Morris, Senior Trade Advisor for Africa, Foreign and Commonwealth Office and Catherine Simon, Desk Officer: Africa, Department for International Trade, Hon. Hamat N.K Bah, Gambian Minister of Tourism and Culture, Hon. Amadou Kone, Minister of Transport, Cote D’Ivoire, amongst others. Leaders at the event were united in a call to leverage Post-Brexit to solve Africa’s twin issues of job and wealth creation. The event provided a robust platform to discuss and provide solutions to the alarming rate of unemployment on the continent.

UK-Africa trading relationship currently stands at more than £27bn and the UK is the second-largest investor in Africa, with over £21bn of investment. The decision for the UK to move away from the European Union (EU) provides an opportunity to re-engage and refresh the U.K.-Africa partnership.

The key highlights of this summit include African Business & Investment Round Table, Top 50 African & Afro Caribbean Leaders in the UK and Showcase Gala Awards & Dinner.

The SAAFI (Somali Advice and Forum of Information) team: Ms. Rhoda Ibrahim, Founder and CEO SAAFI, Ms. Khadra Ali, Consultant for Digital and Innovations in Development and Mr. Ibrahim Ahmed, Motivational Mentor, made an appearance at the event.

The African Summit was organized by the African Leadership Magazine and aimed at promoting an exchange of tested ideas, projects, research results, and findings that can help African governments, parliaments and business leaders to sustainably create more jobs in the continent  and also  provide a platform of opportunities for participants to undertake peer review;  also meet face to face with renowned experts, development economists, academics, and development partners to establish global partnerships for assistance and collaborations, for the growth of entrepreneurship and job creation in the continent.

As part of the highlights, the summit also had a presentation of awards. Business leaders across the spectrum of the African community who distinguished themselves with their outstanding achievements were honored.