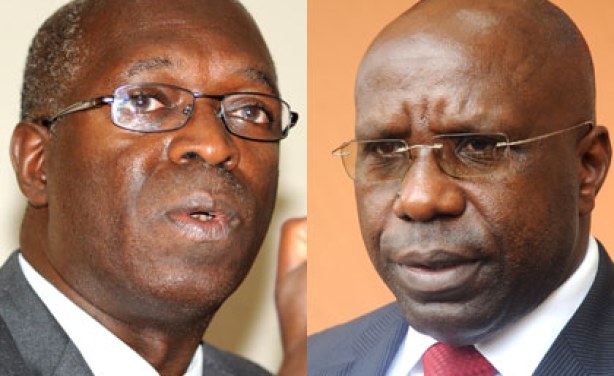 Rwandan Prime Minister Pierre Damien Habumuremyi has been dismissed and Anastase Murekezi appointed to replace him.

While the decision to replace Habumuremyi is not officially described as a dismissal, that is how it has been reported in local media.

And there has been no official denial that he was, in effect, fired on Wednesday.

The new prime minister, Anastase Murekezi, was sworn in Thursday, along with several new ministers.

Afterwards, President Paul Kagame said the Cabinet shakeup did not mean the replaced members were lacking in capabilities or achievements, and added they would continue to serve in other offices.

There had been media reports outside Rwanda that police were investigating the former prime minister and his family for possible links to the Rwandan rebel group FDLR, based in the eastern Democratic Republic of Congo.

“There are unverified allegations that one of the prime minister’s relatives, who was in the FDLR, returned to the country without passing through the demobilization process,” said Kigali journalist and commentator Gonzaga Muganwa, who has been following this story. “The allegations say the prime minister could have been aware of that and did not take appropriate steps.”

But there has been no official confirmation of any such investigation.

Formerly the education minister, Habumuremyi had been prime minister since 2011. His departure was unexpected, says Gonzaga.

“According to the media and public he was considered to be very active when compared to the previous prime minister, the one he had replaced,” he said. “Habumuremyi was very active, very engaged on Twitter and other social media, engaging with the public and so on, so people had not expected that he would be removed so quickly.”

The new prime minister has raised his profile on Twitter since Wednesday, when he had 167 followers. By Thursday that figure had jumped to more than 2,000.

Murekezi has a background as an agricultural engineer and was previously the public service and labor minister, and before that agriculture minister. He becomes President Paul Kagame’s third prime minister since 2000, and the country’s 10th since 1960.