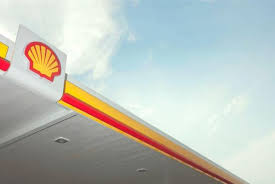 Shell Gas Nigeria Limited on Tuesday 31st of July, 2018 said that plans were underway to construct a gas line around key industrial areas in Abia.

The Managing Director of Shell Gas Nigeria Limited, Mr. Ed Ubong disclosed this when he visited Gov. Okezie Ikpeazu at the Government House in Umuahia.

Ubong said the decision to build the gas line was informed by the desire of the organization to contribute to the development of the state and nation at large.

“We want to build a rail around key industrial areas in Abia such as Ogbor Hill, Osisioma and Ariaria Market. We want to make sure this state becomes the industrial hub in the East and would like the governor to visit a construction site where a 10km gas line that will take gas to Osisioma is being constructed. This gas line will allow us to construct another line which will be used to move gas to Ariaria market and provide power to the market.”

The Managing Director said the visit was also an avenue for the organization to seek ideas from the state on how to achieve an improved relationship with the government and its people.

The Governor is his statement said there was the need for a direct relationship between investors and their host communities. “If we don’t have the benefits of the gas resources, it will be challenging to build the kind of infrastructure that the state government wants to build,” he said.

He said that the plans of the organization were in tandem with the state government’s development agenda for the state. (NAN)