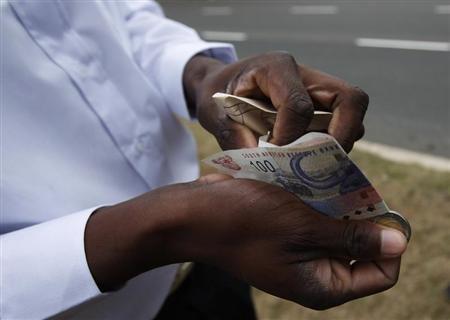 “Because a bunch of us back home, who have returned after living overseas, know that this is the place to be,” said Angel Jones, founder of the Homecoming Revolution, an online plan that urges and helps South Africans residing overseas to come back home. But why the Homecoming?

“This is the land of opportunity. Sure, it’s not perfect, but hey, don’t wait until it gets better, come home and make it better!” said Jones, who lived in London for several years before coming back home to fill a position as creative director of ad agency, Morrisjones & Co.

Her campaign was prompted by the fact that towards the end of South Africa’s brutal and racist apartheid regime, skilled White South Africans left the country in droves for destinations like Australia and the UK among others.

The reason for this move was their distrust of the late Nelson Mandela and the incoming ANC government as it was not clear if white property rights would be protected under the new government.

However, this left the country with a serious shortage of skills as black people, who had received inferior education for decades, were not skilled enough to fill these vacant positions left by whites.

By the way, most blacks during the apartheid era were skilled in teaching, nursing, medicine, law and humanities. There were virtually no blacks in engineering and other technical fields.

The Homecoming Revolution campaign was slow to take off in the initial stages but gained momentum at the outbreak of the global economic downturn in 2007.

This was in view of the fact that developed economies that skilled South Africans fled to could not give them employment anymore.

So, these skilled whites got back to South Africa. But the country was seriously employing affirmative action policies and BEE legislation meant to advance black people.

As an alternative, these retuning skilled people started small and medium sized businesses in South Africa.

Most of these businesses are currently doing well. Even bigger businesses have seen immense opportunities in the country in recent years with a number of global giants, including retail giant Wal-Mart, setting up shop in the country.

This means a lot of opportunities are available for business people in the country.

These opportunities are in mining, oil and gas, renewable energy, nuclear, property, cement and construction sectors.

Mining in South Africa is a well-known currency earner and it is currently set for major growth following new legislation aimed at tackling inadequacies in the sector and increasing beneficiation standards in the country.

There are amazing confirmed untapped deposits of iron ore, diamonds, manganese, platinum and chrome in the country.

The petrochemicals giant, Sasol, was this year awarded a three-year contract to search for oil and gas in the Durban and Zululand basins which are in the country’s western seaboard.

It is understood that the Durban and Zululand basins are sitting at the southern end of the Mozambique Channel. Important findings have recently been made in the Rovuma basin, which is situated north of Mozambique.

It is expected that the new IDZ would bolster South Africa’s industrialisation and job creation strategies, attracting in the process local and foreign direct investments (FDI).

The government plans to develop the renewable energy industry and investments have surged to US$5.7 billion last year, according to the Renewables 2013 Global Status Report.

The state’s plans to roll out a nuclear energy programme are afoot and the construction of a new nuclear plant or plants is in the pipeline.

However, this is likely to increase to 12 percent by 2020, according to Frost & Sullivan analysts, placing South Africa among the world’s top 15 countries.

Cement production in South Africa is going to be an integral part of the government’s multi-billion rand capital expenditure on infrastructure over the next couple of years. This opens up huge opportunities for construction companies.

Another good thing about South Africa’s investment climate is that the country has a disciplined fiscal framework that promotes domestic competitiveness, employment and growth.

In South Africa, critical economic improvements have led to a high level of macro-economic steadiness. Taxes have been lowered, tariffs reduced and exchange controls have been made lenient.

Legal practices with regards to deals and the signing of viable agreements are internationally applied and in keeping with global conventions.

In South Africa, trade and industry is conducted within the agenda of a free enterprise economy.

The courts are open to outsiders on precisely identical terms and conditions as South African citizens. But many commercial clashes are fixed through arbitration by agreement between the feuding parties.

The JSE Limited is Africa’s biggest bourse and among the top 20 stock exchanges globally. It is seen as an established, well-organised, secure market with world-class regulation.