Home Africa South Sudan on the Verge of Famine – UN 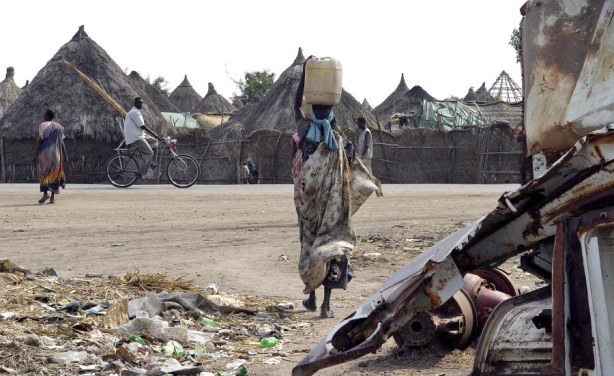 The civil war is likely to intensify and over two and a half million people are facing a risk of food shortage in South Sudan, according to the UN. Despite seven failed ceasefires, the violence in the country continues.

The United Nations appealed for 1.8 billion dollars in aid for South Sudan on Monday, with international donors pledging to give $529 million (or 467 million Euros) at a conference in Kenyan capital Nairobi.

UN emergency relief coordinator Valerie Amos said she had witnessed “first hand the continuing widespread devastation and destruction” and an “untenable level of suffering” after returning from a three-day visit to South Sudan.

Civil war broke out in the northeastern African country in late 2013, and multiple peace initiatives have failed in stopping the violence between the government forces and the rebels supporting the former Vice President Riek Machar. International Crisis Group estimates that at least 50,000 people have been killed.

According to the UN, more than half of the country’s population of 12 million are in need of aid, with some 100,000 civilians staying inside UN camps ringed with barbed wire, for fear of being killed if they leave. The UN also estimates that two-and-a-half million people are in a state of emergency or crisis, and at the brink of famine.

Some half a million of South Sudanese fled the country.

“The conflict has had a devastating impact on South Sudan but if peace doesn’t come quickly, it will also have a significant regional impact,” Amos warned.

‘Control mechanism are breaking down’

In its aid appeal, the UN said that the “most likely planning scenario” was that violence “intensifies” in the dry season, which makes it easier for military vehicles to move around the country. The UN also said it expected that peace agreements “may not effectively or immediately end hostilities.”

In addition, Amos said that many aid workers risk being kidnapped and have seen their supplies and equipment looted.

“Roadblocks are just being suddenly established and demands being made of humanitarian workers that they pay to allow the convoys to go through,” she said.

“This is reflection of the fact that the command and control mechanisms that should exist are breaking down.”

The US, an essential political ally in a push for South Sudan’s independence in 2011, promised to donate $273 millions in aid, while sharply criticizing the leaders of the opposing factions.

US Assistant Secretary of State for Refugees Anne C. Richard said that no conflict around the world today filled Washington with as “much frustration and despair” as this “man-made” crisis.

Richard also said that people “continue to suffer and die unnecessarily because their leaders are unwilling to do what it takes to restore peace.”

US actor Forest Whitaker, a UN peace envoy who joined Valerie Amos in visiting South Sudan, said he had met with communities that had “witnessed unspeakable atrocities”.

“The needs are immense and human suffering is unbearably real,” he said.

The peace talks will continue on February 19, according to the South Sudan authorites.