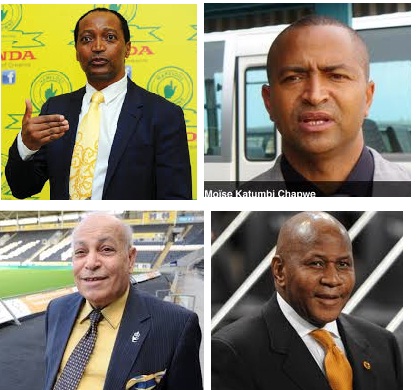 There is a trend in the English Premier League – arguably the world’s most exciting and entertaining – which have spiraled rapidly in the last decade. This trend is that of millionaire owners’ investing/buying out clubs out rightly. Thus, almost always creating a situation where one man calls the shot. As the most recent Premier league club take-over wraps up, Fulham FC will now be owned by Pakistani-born American tycoon Shahid Khan for £150 million ($227 million). According to Mr Khan, “I do not view myself so much as the owner of Fulham but a custodian of the club on behalf of its fans.” And like most trends that began in western climes, Africa has caught the millionaire club owner bug. The continent’s high net worth businessmen have also took to the game of football as a profitable venture. In this piece, we take a look at the top five African millionaire club owners, in no respective order. 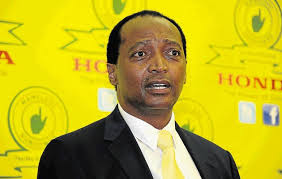 Mining magnate, Patrice Motsepe, acquired South African Premier Soccer League (PSL) club,Mamelodi Sundowns F.C. in 2003. Motsepe is the founder and executive chairman of African Rainbow Minerals, a company with interests in platinum and gold. Motsepe’s net worth is estimated at $2.9 billion and he ranks amongst the richest men in South Africa. A peculiar philanthropist, he sits on the board of several companies. Early this year, Motsepe donated half of his wealth to charity through the Motsepe Family Foundation.

Egyptian-born businessman, Assem Allam is the only owner of a European club on this list. Allam took control of Hull City FC in 2010, shortly after the club’s relegation from the Premier league, which, predictably, had devastating effects on the clubs finances. A manufacturing magnate, Allam and son Ehab have pumped £36 million ($54 million) into The Tigers, as Hull City FC is known, to prevent the club from going into administration. His investment has reaped bountiful results as Hull sealed a return to the top flight, and thus guaranteed a financial windfall of £150 million ($227 million). Assem Allam is valued at an estimated £650 million ($982 million).

Kaizer Chiefs was originally founded by Kaizer Motaung in 1970, but following a sale of 40 percent stake to media giants Primedia in 2004 for about R40 million ($4 million), he lost total control of the club. Not one to give up, Motaung recouped the 40 percent share he sold to Primedia in 2010, with the deal reportedly worth more than R70 million ($7 million). The club has been transformed to one of biggest football brands in South Africa, and Kaizer Motaung has become a personal ambassador for Kaizer Chiefs’ approach both inside and outside the organization.

Moïse Katumbi Chapwe, a Congolese businessman and politician, owns the famous Tout Puissant Mazembe, formerly known as Englebert, a football club based in Lubumbashi. TP Mazembe are the perennial champions of the Congolese league, and have also been winners of the CAF Champions League on several occasions. Chapwe served as governor of the Katanga Province after emerging the first elected governor of the province. His net worth is estimated at $60 million.

Irvin Khoza began his long-term affiliation with Orlando Pirates FC when he became secretary in 1980, and then went on to become owner in 1991. Khoza was instrumental in helping South Africa secure hosting rights for the 2010 World Cup and also served as Chairman of the 2010 FIFA World Cup Organising Committee. Irvin Khoza is valued at more than $10 million.