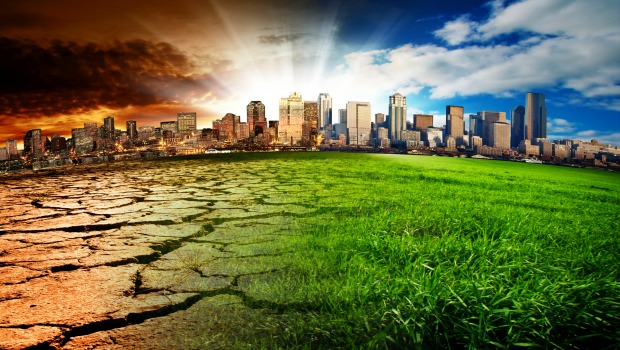 Last month at the Bloomberg Philanthropies hosted U.S.-Africa Business Forum, a package of economic and socially impactful deals to benefit Africa were announced. The event — part of the U.S-Africa Leaders Summit — summed up how $33 billion would be invested in Africa.

According to The White House, a total of $26 Billion — $12 billion from the summit — will now be allocated to Obama’s Power Africa initiative, while $7 billion will be directed towards U.S.-Africa exports. In addition, American companies including GE, Coca Cola and Marriott will inject $14 billion into commercial investments.

Two years ago it was announced that the U.S.-Africa Clean Energy Finance Initiative would be launched to help sustain Africa’s power resources while encouraging development.

At the August 5 business forum, U.S. Secretary of State John Kerry told reporters that the U.S. would be putting an additional $10 million towards the efforts of the U.S.-Africa Clean Energy Finance Initiative —the main reasoning being that 600 million in Africa live without access to electricity. Aside from promoting business in Africa, recognizing the harsh effects of climate was a big topic; here’s why:

“Climate change is a crisis that waits for no one and it respects no border. It’s not a challenge of the future, it’s here now. We’re witnessing it in country after country, in various ways whether it’s water supplies, drought, food agriculture, food security, fisheries — you name it,” Kerry said.

“There isn’t a part of the world where they aren’t having some consequences as a result of what is happening. And it’s also happening at a pace that is particularly alarming to people.”

Africa’s Climate Change and the Link to Food Security

On the day of the summit’s kickoff, August 4, a panel discussion titled “Resilience and Food Security in a Changing Climate” was held. African and U.S. leaders said that the continent’s agricultural resources suffered most from floods and droughts.

According to the United Nations, 65 percent of Africans rely on agriculture to sustain their livelihoods. In addition, 94 percent of agriculture is reliant on adequate rainfall. These facts create problems for the future of Africa as the Intergovernmental Panel on Climate Change (IPCC) predicts that by 2020 up to 250 million people on the continent will face water stress. An IPCC report also mentions that up to 50 percent of rain-dependent agriculture could be lost by 2020.

“We need to change those numbers and replace them with a partnership that benefits all sides,” Kerry said at the forum about similar statistics.

He also mentioned speaking to African leaders prior to the summit and learning about their ideas for partnerships and solutions.

“All of them talked to me about their desire to leapfrog the mistakes. [They want] to go quickly into clean and alternative and renewable energy, rather than than the exploitation of fossil fuel, carbon and all of the problems that come with it,” he said. “The United States wants to support countries across Africa that make that transition to clean energy more rapidly.”

Nkosazana Clarice Dlamini-Zuma, chairperson of the African Union, spoke at the resilience and food security panel and suggested that in conjunction with funds to support the reversal of climate change, the continent’s youth can help as well.

During the same event, Second Lady of the United States Jill Biden spoke about women and the contribution that they make to agriculture, often passing down skills and farming as a whole to their families. Without the necessary protection against climate change, this will be a harder task to accomplish.

“The goal is simple; create the conditions where emergency assistance and intervention is no longer needed. That ultimately is how we will prevent the kind of suffering that I saw in Somalia three years ago,” Biden said sharing a story from her personal journey to Africa.

“African nations have made impressive progress in farming techniques and growing food. But through no fault of their own, were hit by the worst drought in 60 years.”

For months this drought, which hit Somalia, Kenya, Djibouti and Ethiopia in 2011 caused more than 10 million people to face the worst famine situation in 20 years, according to NASA.

The following year The World Bank reported that 17 million West Africans dealt with the same food insecurity impacts — a result of drought, which was linked to climate.

While climate change cannot easily be controlled, transitioning to clean energy and a solid energy policy, Kerry said, is what will help balance out and hopefully eradicate Africa’s pressing climate effects.

“The fact is that good energy solutions are climate solutions. The solution to climate change is energy policy,” he said. “Africa can be a clean energy beacon for the world. Energy prosperity can actually replace energy policy.”