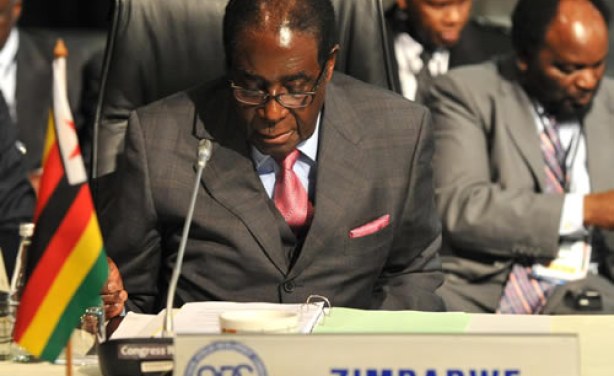 The US-Africa summit to be convened by President Barack Obama in August is set to proceed without Zimbabwean President Robert Mugabe.

African leaders are facing a dilemma over whether to boycott a landmark US-Africa summit next month in solidarity with President Robert Mugabe who has been snubbed by President Barack Obama.

Nearly 50 African Heads of State will be attending the two day summit in Washington which seeks to widen trade, development and security ties between America and Africa.

When the invitations were sent out earlier this year, those not in good standing with the US, like Mugabe or leaders under African Union suspension, were excluded. Egypt, Sudan and Madagascar are the other countries that have not been invited. The United States maintains sanctions against Mugabe and close officials citing election rigging, rights abuses and political violence.

On Thursday the US Ambassador to Zimbabwe, Bruce Wharton, said the summit will proceed as planned irrespective of Africa’s position on Mugabe’s exclusion.

AU and SADC leaders are arguing that since Mugabe is the continental body’s first vice president as well as the incoming chair of the regional bloc, it was wrong to exclude him from such an important summit.

The Zimbabwe Independent reported on Friday that analysts are already questioning whether Mugabe would add value to the regional SADC bloc given his advanced age and the persistent controversy associated with his rule.

Economic analyst Luke Zunga told SW Radio Africa that some African leaders may not attend in solidarity with Mugabe, but no African nation will boycott the summit, with those standing by Mugabe sending representatives on their behalf.

‘By not inviting Mugabe, the US is simply making a statement that he’s not behaving properly,’ Zunga said.

The economist explained that it would be suicidal for other countries to snub the summit just because Mugabe has not been invited. He said the US is a big investor in Africa with massive influence over two Washington based financial institutions, the World Bank and the International Monetary Fund (IMF).