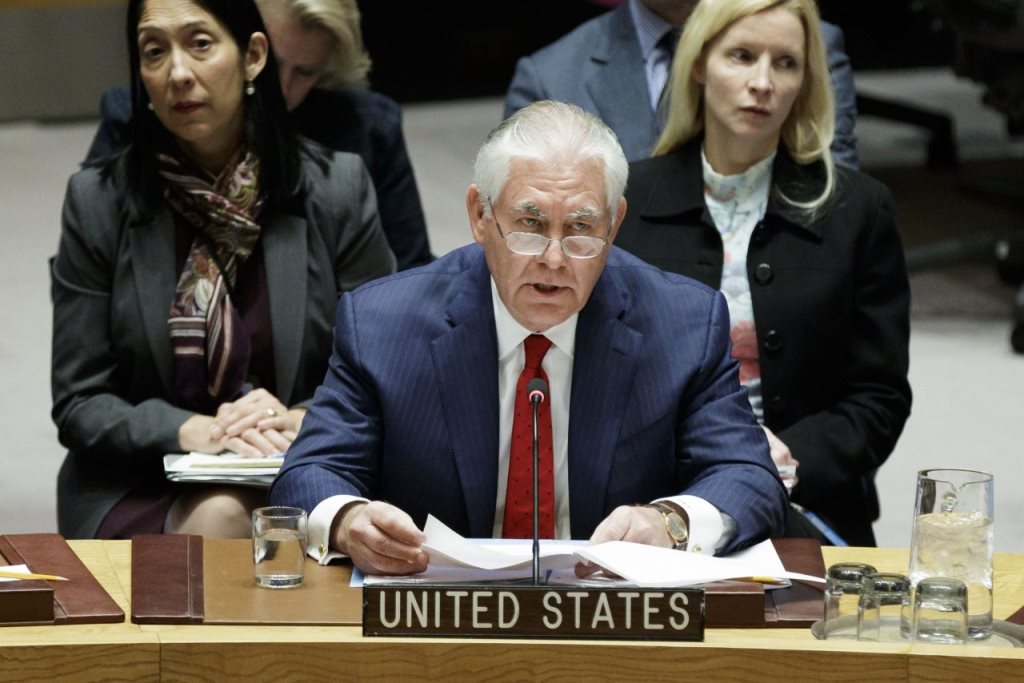 America recognizes the role of Africa to the realization  their economic goals as Washington’s top diplomat set off for Africa on Tuesday  to tour countries that form a new theatre for competition with America’s ambitious  great power rival China.

Secretary of State, Rex Tillerson’s trip to Ethiopia, Kenya, Djibouti, Chad and Nigeria will take him to new battlefields in the United States’ long war against Islamist extremism. In a low-key speech to the George Mason University in Virginia before setting off, Tillerson insisted on the importance of Africa to America’s interests.

“Our country’s security and economic prosperity are linked with Africa’s like never before,” he said, noting the continent’s rapid population increase and growing economies.

The US military, is presently fighting for its Civilian commitment to Africa which is seems to be lagging behind competition considering its huge budget which is set to balloon still further.

There will be strong positive symbolism on the trip.  Tillerson’s visit to Chad — a key US military partner — will be the first by a sitting secretary of state. But two negative symbols also stand out. Tillerson has yet to appoint an assistant secretary of state for African affairs and eight US embassies in Africa have no ambassadors, including key players South Africa and Egypt. And President Donald Trump caused upset on the continent when he reportedly referred to African countries as “shitholes” from which the US ought not to accept immigrants.