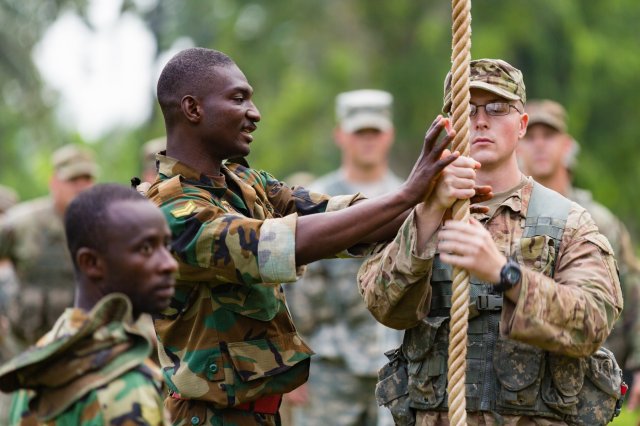 Ghana and the United States are working to forge closer ties between their armed forces but both countries denied that they are involved setting up military bases in the West African nation.
News reports in Ghana on Tuesday cited leaked documents from a recent cabinet meeting that formed the basis of a request to parliament to approve an agreement between the two governments.

Ministers reportedly backed a proposal to allow the US military access to and the use of facilities in Ghana.
There have long been rumours in Ghana that the United States wants to establish a base in the country as part of its military operations in Africa.

But Ghana’s defence minister Dominic Nitiwul said there were currently no more than 200 US military personnel and it was “not true” Washington wanted a more permanent presence in the country.
Similarly, the US Embassy in Accra said in a statement that Washington had “not requested, nor does it plan to establish a military base or bases in Ghana”.
It added: “This year, the United States of America is investing over $20m in training and equipment for the Ghanaian armed forces.
“Ghana is once again preparing to train US forces, as it did in 2017.”