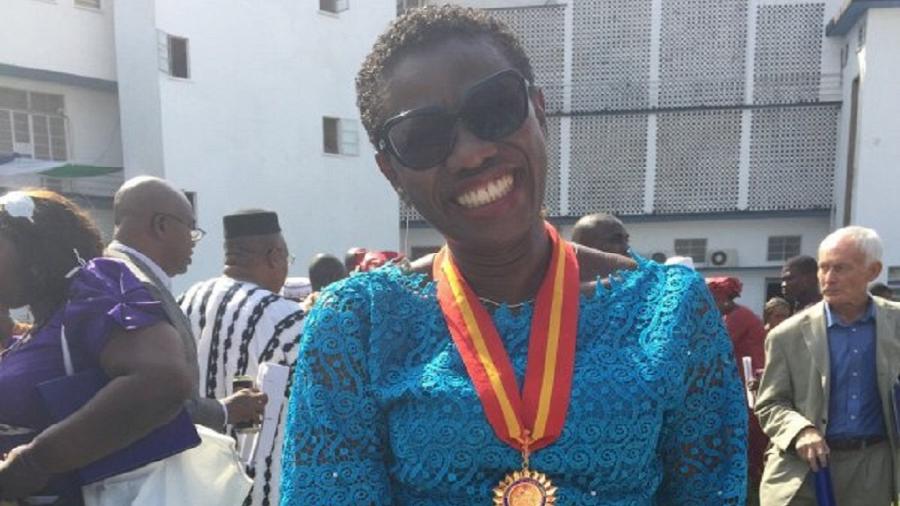 Freetown, Sierra Leone’s capital, has elected a new mayor. Yvonne Aki-Sawyerr won the position in the recently held March 7 general elections. The Chartered Accountant thus becomes the first female Mayor since 1977 – 1980 when the position was held by one Dr June Holst-Roness.
According to records from the National Electoral Commission (NEC) Sawyerr who run on the ticket of the ruling All Peoples Congress (APC) beat five other competitors (all men) to the seat.
“Freetonians this victory is for all of us. Thank you for believing in my vision and for giving me the honor to serve as your Mayor for the next four years. I look forward to working with all of you to make Freetown a city we are all proud of.” she said after he election. Her closest contender was candidate of the main opposition Sierra Leone Peoples Party (SLPP). She polled over 309,000 votes representing 59.92% of votes as against the SLPP’s Raymond Desouza George who got 167,200 (32.36%). The others shared the remaining votes.
Her campaign website said about her: “Yvonne is a finance professional with over 25 years of experience in strategic planning, risk management and project management in the public and private sectors.
“A team player with a demonstrable record of leading institutional change, Yvonne is passionate about the development of Sierra Leone.
“She is a Chartered Accountant and holds an MSc in Politics of the World Economy (London School of Economics) and a BSc Hons in Economics (Fourah Bay College). She is married with two children.”

China will Cancel Some Debt of African Countries