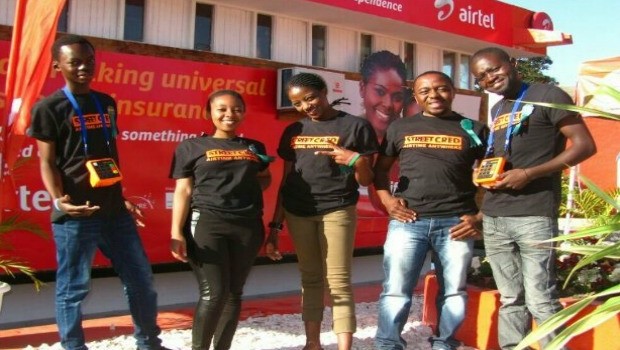 By Vahid Monadjem, CEO of Nomanini

Plenty of progress has been made on increasing the size of Africa’s banked population. The trouble is, from the amount of noise that is made about the topic, you would be forgiven for thinking we had fixed the problem when we really haven’t.

According to the World Bank, today, 62 per cent of the world’s population has a bank account. In 2011 that figure was 51 per cent. In three years, 700 million people became “banked” in some way, and the number of “unbanked” individuals dropped 20 per cent to two billion adults. Much of this progress was attributed to mobile money.

Mobile money is clearly a great story, and a tale of African success, but it has perhaps been overemphasised when it comes to its ability to bank the unbanked. Things are further behind than people think, but too often it feels like those of us that say so are yelling against a wind of “we have arrived” when really we haven’t yet.

McKinsey projects around 80 per cent of the continent’s population is not connected to formal financial services. MasterCard says only two per cent of retail transactions in Africa are electronic, with the rest taking place using cash. And this on the “continent of mobile money”. Is this a huge surprise? Not really. Even in the United Kingdom electronic retail transactions have only recently overtaken cash. Cash is still king in the United States. We must not overemphasise the progress we have made in Africa.

Mobile money has been an exceptional development for the continent. In a couple of use cases mobile money has cracked it, and it really has raised the bar in terms of being a proven electronic means of transaction and storage. Yet in terms of “banking the unbanked”, it has yet to really figure out its role. The average transaction value on M-Pesa is US$29, which is a lot if you are earning US$2 per day. Mobile money has a ways to go to banking those at the bottom of the pyramid.

At Nomanini, our technology is used in informal retail, where the bulk of the unbanked shop, overwhelmingly using cash. For people who are living much closer to the breadline this is the bulk of their spend. We work on the basis that people transact with people, often face-to-face. And if we are to come up with a way of getting more people involved in formal financial services we need to look at those people and work out what they want and need.

Cost is driven by factors: energy and time. To really allow electronic transactions to take off, we need to tackle these two factors. Electronic transactions fixes the energy issue, but thus far has it actually tackled the problems of time and cost? Mobile money agents need to be paid for their time. We need to provide lower friction transactions.

The continuing popularity of scratchcards gives the lie to the idea that Africa is transacting in an ever more hi-tech manner. For the last three years we have looked with admiration at scratchcards. At any informal outlet across Africa, they are successful. They have values of less than a single dollar, but create US$70 billion of revenues for mobile phone companies. They are the lifeblood of the oft-cited mobile revolution, and there are a lot of other industries looking at implementing them.

Scratchcards’ success is down to their ability to convince both customers and merchants of their worth. The cost, energy and time issues are solved for customers, and merchants like them because they result in increased footfall. This is the challenge faced by electronic means of storing and transacting wealth. Customers will only use electronic means if they can spend their money in their local area. Merchants will only accept electronic means if they believe customers will use these means. These two factors go hand in hand, and represent a chicken and egg trap that is difficult to break out of.

Breaking out of the trap

There are ways of breaking out, however, and they involve consolidation, different stakeholders working in their areas of expertise, and building on what we have already. Safaricom’s success with M-Pesa was down to its ability to use its pre-existing merchant network as a means of pushing electronic payments. If we can figure out clever ways of using existing networks we can break out of the chicken and egg trap.

It needs all hands on deck, whether the private or public sector, the more the better. There is a lot more need for consolidation in the industry. Regulators are now helping, forcing people to play together nicely. The next level of consolidation is creating specialist roles. From our perspective the focus is on the retail point of transition, of transactions and whatever physical logistics serve that point. We play a very narrow role in that, bringing together the main advances into our products and services without losing touch with the merchant. Other players need to find a niche where they can excel, and then we can all work together.

Clearly, though, a move away from cash would be beneficial for all concerned, both customers and merchants. I lost my wallet recently while travelling, had no credit card, and was operating only with cash. It is amazing the level of risk you’re bearing. Now imagine if every cent you owned was on your person or in your bedroom. Mine was a small fraction of the worry that many unbanked people bear.

Aside from the risk element, there are financial benefits too. If you sit on cash you are losing money, missing out on the ability to participate in the likes of shared savings schemes. Energy and time come into play here too. Merchants need to pay suppliers, and by eliminating time and energy expended in handling cash, can improve their businesses.

The benefits are clear, and we are on the road to realizing them. Just perhaps not as far down the road as many think.