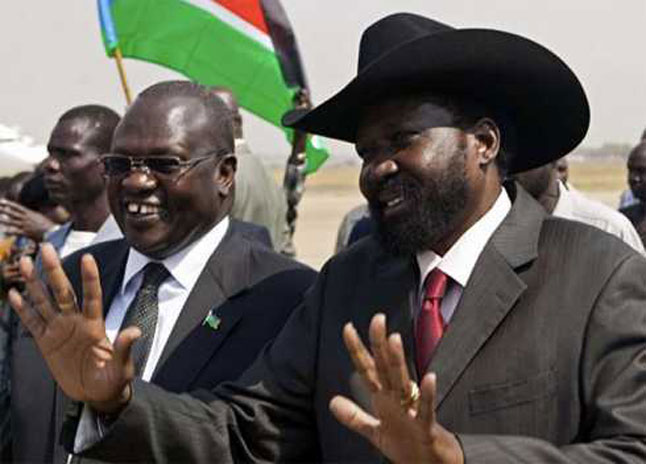 The Government of South Sudan has recently accepted the Intergovernmental Authority on Development’s proposal to form a transitional government and suspend the establishment of new states, according to reports.
IGAD had earlier called on President Kiir’s government to “suspend” the implementation of the 28 states he unilaterally created after the peace agreement and describing the decision as “inconsistent” with the provisions of the peace deal which only recognizes the existing 10 states in the country.
The communiqué also called on the parties to establish an inclusive boundary commission with membership of all parties to the peace agreement in order to review creation of more states and in case of disagreement, they should revert to the 10 states as provided for in the accord.
After a meeting of the Joint Monitoring and Evaluation Commission yesterday, Information Minister Michael Makuei Lueth stated that the IGAD communiqué had been adopted as the best option for a way forward and as a roadmap for the implementation of the Peace Agreement and the establishment of the Transitional Government of National Unity.
The leadership of the armed opposition SPLM-IO also welcomed IGAD’s call to suspend the issue of the states and form a transitional unity government.
The party’s spokesperson said the 28 states should be treated like the rest of political proposals from other parties in the country if the government wanted to table it for discussion in the future.
IGAD’s meeting had also agreed on the deployment of about 3,000 components of the joint police and military forces from the SPLM-IO as soon as possible in Juba and Greater Upper Nile.