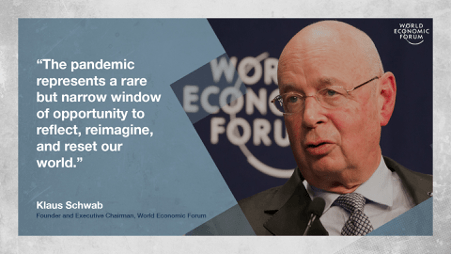 From societies to economies, the COVID-19 crisis has wreaked havoc and dealt a major setback to achieving the 2030 Agenda and the Paris Climate Agreement. Putting the world back on a path of sustainable, equitable, and inclusive growth will require more than a global recovery; it will require a Great Reset of social and economic systems.

Speaking at the Global Opening Moment of the World Economic Forum Sustainable Impact Summit 20, speakers addressed the new mindsets, approaches and commitments that are needed, to realize a Great Reset for sustainable development.

In his opening remarks, H.M. King Abdullah II ibn Al Hussein of Jordan says: “I urge you to look at the opportunities to seize and ways to collaborate to build a truly inclusive global system that leaves no one behind.”

He says that real sustainable development felt by all people has never been more needed than today. The COVID-19 pandemic has struck all countries on an unprecedented universal scale.

But it should be seen as an opportunity if we work together, to rethink entire systems to become more resilient and just. “We cannot thrive if we leave the vulnerable behind.”

Rebuilding starts from the ground up, through partnerships that create global safety to address inequalities, safeguard food security and our environment.

He says the pandemic has exacerbated the climate crisis, and social inequality has worsened after years of inaction.

“We must strike a balance between self-reliance and positive interdependence, so we can launch a holistic response.”

President of Colombia Ivan Duque says there are several things that need to happen to ensure a green recovery:

Awareness is also important, in what he calls the Ethics of 21st century, so citizens are aware of three Rs: reduce, reuse and recycle.

And so are ‘biodiver-cities’ – how cities can contribute to the protection of biodiversity, including through planting trees.

Colombia is planning to plant 180 million trees between now and August 2022. “We need cities to contribute in waste-to-energy programmes,” he adds.

Grace Forrest, Founding Director, Walk Free Foundation, echoes Anushka Ratnayake’s point that we have to put those on the lowest wages first.

She said it’s unacceptable that the first people to be hit of crises are those at the front.

“Supply chains are built in a normalized way on the exploitation of people.”

She says we need greater public awareness and all the world’s most powerful nations must have a modern slavery act, which would be the bedrock on which sustainability can be built and accountability can be made.

Forced and child marriage are a major roadblock to achieving the UN’s Sustainable Development Goals (SDGs).

“Without legislation, people will fall between the cracks.”

Ratnayake agrees and says we should vote for governments that will create legislation that will help us achieve the SDGs.

Alain Bejjani, CEO of Majid Al Futtaim says COVID-19 has disrupted everything but has opened our eyes on the fragility of the world we operate in.

He believes we need more responsible leadership to get the planet to a more sustainable state.

The company is working towards banning plastic packaging and reducing its carbon footprint through initiatives including frameworks to incentivize customers to do the same, so it’s a win-win situation.

Rebecca Masisak, CEO of TechSoup, says it’s not enough just to give grassroots civil society a voice. There are 250 million people working in this sector, dedicated to global goals.