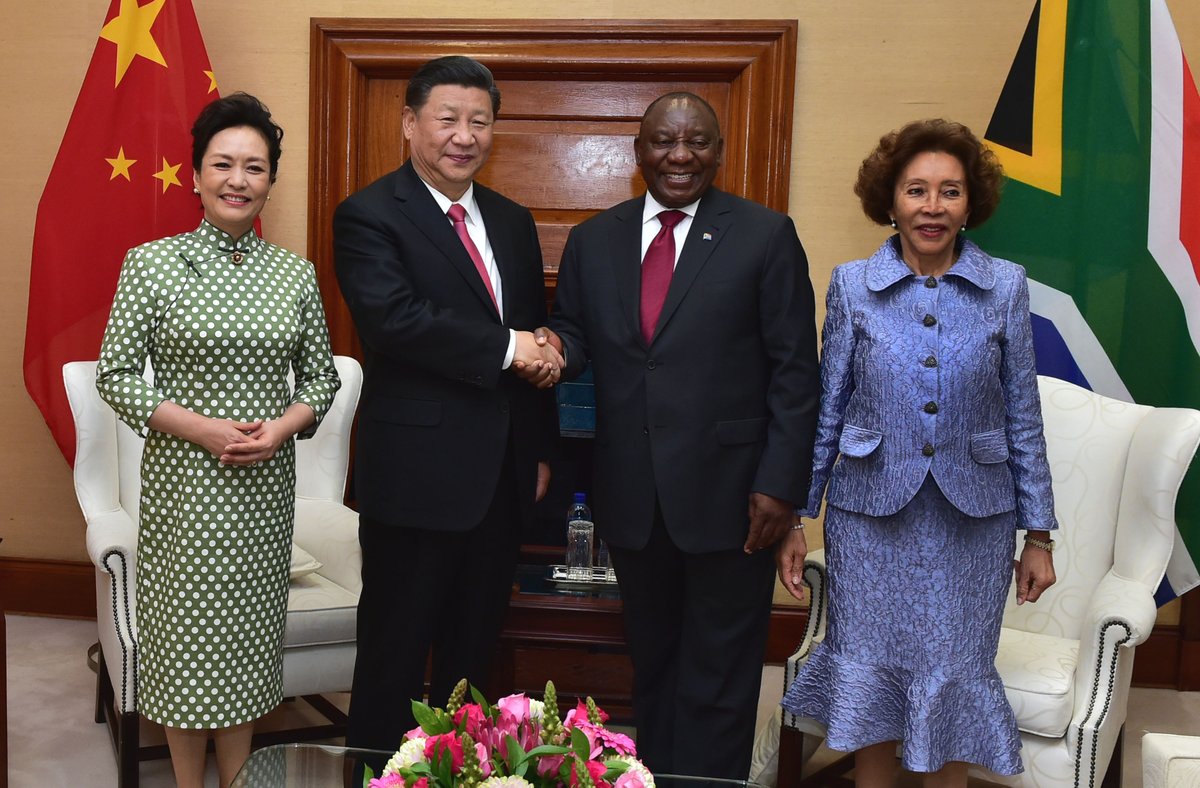 The President of China, Xi Jinping, has arrived in Pretoria for a state visit to South Africa before attending the annual BRICS summit in Johannesburg.

Xi and First Lady Peng Liyuan arrived at the Waterkloof Air Force Base on Monday night to a warm welcome from a senior committee led by the country’s minister of international relations and cooperation, Lindiwe Sisulu.

Upon arrival, he said: “During the visit, I hope to exchange views with President Cyril Ramaphosa on bilateral relations and the forthcoming Beijing Forum on China-Africa Cooperation, as well as international and regional issues that concern both countries.”

The Beijing summit, the third such cooperation forum, will take place in the Chinese capital in September 2018.

Xi is currently in Africa on a four-nation visit. He has already spent time in Rwanda and Senegal, and will finish his tour with a stopover in Mauritius.

After a meeting with his South African counterpart Ramaphosa, Xi will head to Johannesburg for the 10th BRICS (Brazil, Russia, India, China and Russia) summit, which this year has adopted the theme “BRICS in Africa: Collaboration for Inclusive Growth and Shared Prosperity in the 4th Industrial Revolution”.